The Civil Guard of Guadalajara, within the framework of the 'Daceu' operation, has dismantled an 'indoor' marijuana plantation with 364 plants in the Peñarrubia urbanization of El Cubillo de Uceda and has arrested one person in relation to these events. 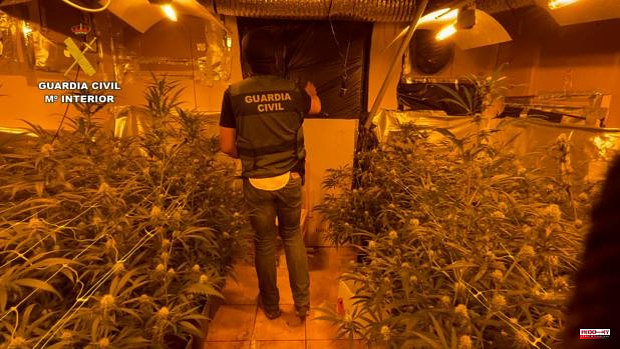 The Civil Guard of Guadalajara, within the framework of the 'Daceu' operation, has dismantled an 'indoor' marijuana plantation with 364 plants in the Peñarrubia urbanization of El Cubillo de Uceda and has arrested one person in relation to these events.

This operation has been carried out by agents of the Investigation Group of the Civil Guard of Guadalajara who, after a police investigation focused on two houses in the aforementioned urbanization, managed to identify an individual who was dedicated to the cultivation, harvesting and sale of marijuana.

In this sense, it was found that the houses were illegally occupied and that they were continuously used by different criminal organizations for the cultivation of marijuana 'indoor', as reported by the Civil Guard.

Inside the house where the detainee was, 364 marijuana plants and marijuana buds were seized, ready for later distribution and/or sale.

Likewise, it was possible to intervene 5 carbon filters, 48 ​​600-watt light bulbs, 2 air conditioners, one of them large, fans, thermometers, electric ballasts, high-voltage lamps as well as fertilizers, other effects and equipment for cultivation. of the plants.

Abundant material and equipment prepared for the installation of a new marijuana plantation was also located, including 100 high-voltage light bulbs, thus avoiding the planting of a new large crop.

The Civil Guard instructed proceedings for the arrest of a man of about 21 years of age, as the alleged perpetrator of crimes against public health for cultivation of marijuana, another for fraud of electric power and another for usurpation of housing that were delivered in the Court of Instruction on duty of those of Guadalajara.

1 Sweden, Finland and Turkey meet in Madrid to unblock... 2 Francia Márquez, the vice president of “the nobody”... 3 Minority shareholders will take the assault on Indra... 4 Lagarde sure that the ECB will go "as far as... 5 Verde Esmeralda oil conquers gastronomic professionals 6 Jaume Plensa, elected academic of Fine Arts 7 The NATO summit in Madrid, live: Queen Letizia visits... 8 The ECHR condemns Spain for the police dossiers on... 9 A drug to treat HIV improves cognitive ability in... 10 Taxi drivers threaten to collapse Barcelona again... 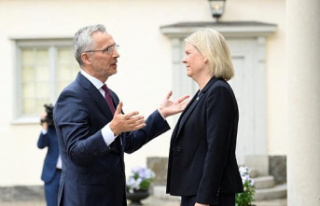 Sweden, Finland and Turkey meet in Madrid to unblock...