Galicia is running to take advantage of the pull of silicon, the "fashionable energy"

Javier Bullon defines himself as "the silicon man". 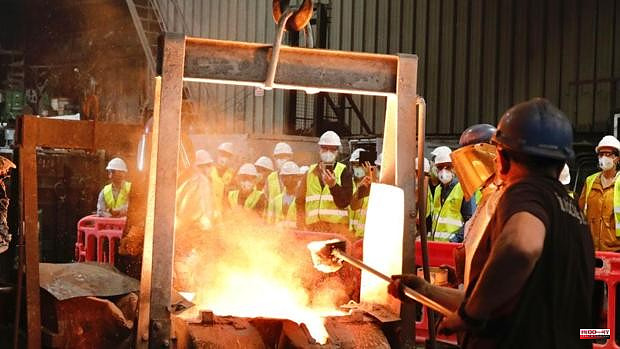 Javier Bullon defines himself as "the silicon man". It might be a bombastic claim, but the evidence backs it up. In addition to his professional career, there is the fact that the Norwegian University of Science and Technology, the NTNU, contacted him to be in charge of "assembling" the European SisAl Pilot project in Spain -coordinated by the Scandinavian center-. The objective of this initiative, in which 22 companies from nine countries on three continents participate, with a budget of 14 million euros, is to demonstrate that silicon can be produced by extracting it from quartz -it does not exist alone-, by means of a novel procedure industrial; not by resorting to coal, as has been the case up to now, but by using aluminum to reduce it. A cleaner alternative -no CO2 is emitted-, more profitable -waste from other products is consumed- and cheaper -less temperature is required for aluminothermy than for carbonothermy, which reduces costs-.

And that holds solar quality silicon.

“Solar-quality silicon is the heart of photovoltaics, which is the energy that is installed the most in the world at the moment,” Bullon, general director of SilBuCam, a Galician consulting company specializing in metallurgical processes, tells this newspaper. “Silicon equals energy, it equals oil, the same as oil equals gasoline, or gas equals energy. Silicon is the energy of fashion », he stresses. «And Galicia», he adds, «is very well located, because silicon comes from quartz, and Galicia has very good quartz reserves». The Erimsa mining company contributes it to the project in Spain.

Bullon, as a connoisseur of the matter, is already looking to the future and calculating possibilities and market niches. But to try to catch up with him, it is convenient to start at the beginning. And the beginning refers to SisAl Pilot, who is in an intermediate phase, already two years behind him and another two at the helm. Last week there was a visit by researchers from almost a dozen countries, from Europe, Africa and the United States, to share their progress and find out where the project stands. His itinerary included a visit to the facilities that Fundiciones Rey owns in Vilagarcía de Arousa and Cuntis (Rey Bronze). A practical demonstration was made there, extracting four ingots. Anecdotal in quantitative terms, but quite the opposite from a qualitative point of view. "We are very happy with the results, very satisfied," says Susana Rey, owner of a family business that, with 75 years of history, is in its fourth generation and is clear that it is time to 'adapt or die', combine tradition with innovation. "I really like to say that in our house we make a technical art," she says. "Foundry is an art, but at the same time, technologically speaking, over the years you have to advance."

Foundries Rey has experience working with iron, steel, bronze and aluminum. They develop products for sectors such as ship foundry, machine tools, steel mills, hydro and pulp or paper. The person in charge of it highlights his desire to "deepen into new alloys". And that's why Bullon noticed them for SisAl Pilot. In their facilities they are developing a new product, an aluminum and silicon alloy, with the abstruse surname "hypereutectic", which Bullon assures is "very fashionable" in the field of aeronautics due to its "good mechanical characteristics" and a " fundamental property»: «That it weighs less than aluminum itself». That for now the production is limited to kilos is not so relevant, he assures, because we are talking about small pieces in size, but “very special”, with a “very precise machining”. As committed as everything is in aeronautics.

Before reaching the furnaces of Fundiciones Rey, however, it is essential to make a stop in Santiago, at the offices of CITMAga, the Center for Research and Mathematical Technology of Galicia, partner of the consortium behind SisAl Pilot. CITMAga works with Foundries Rey, here at home, but also with Elkem, in Norway. Its task is to carry out mathematical models, numerical simulations of the processes that take place when working with aluminum to obtain silicon. Side by side with the engineers so that they better understand what is happening and refine the operation of the furnaces. "We don't have ovens, we have computers," says José Luis Ferrín, a researcher attached to the Compostela center, about his contribution. “Cold testing is much cheaper than hot testing,” Bullon sums up. "It is a collaboration between engineering and mathematics, where we all take advantage of everyone's knowledge," Ferrín resumes. And, didactic, he exemplifies: «Mathematics is like Spanish to social sciences, it is what unites everything. They are the tools that allow us to formulate physical equations and then solve them », he stresses. «Mathematicians, now, are professionals who integrate into multidisciplinary teams. A mathematician alone does not solve a problem, they have to be physicists, engineers, computer scientists ». At Foundries Rey they have already carried out a dozen tests. "The delighted Norwegians have left," Bullon describes the atmosphere of last week's visit.

From Vilagarcía, Rey agrees in projecting possible applications. Of course, photovoltaics, "so booming today", but also the no less fashionable microchips that have the automotive industry in check. Everything, in the end, refers to China. World production of the new aluminum-silicon alloy is practically limited to the Asian giant. Nobody makes it in Spain; and in Europe, only one UK company. "We also want to take our world segment," says the businesswoman.

Ultimately, it is about depending less on the outside. "If the war, instead of in Russia, was with China, the industry would stop," warns Bullon, who regrets that "right now" the manufacture of photovoltaic energy is absorbed by the eastern power. He recalls the "very strong effort" that was made in the sector in Spain between 2008 and 2010, and that ended badly, with bankruptcies. After a dozen years, "at the European level they have realized that if we don't have gas, and we don't have oil, we are left with the sun!", He emphasizes. "And Spain, in this sense, is very well placed."

He insists that silicon is "in fashion" due to the market niche offered by photovoltaics. Perhaps in Galicia it is less appreciated than in other areas that he knows well, such as Extremadura, where even at a domestic level more and more panels are emerging. To reinforce his argument, he pulls numbers: «80% of the energy installed in the world today is renewable, and 50% of renewable energy is photovoltaic». Galicia has the potential (quartz). He touches to squeeze it.

1 Artificial Intelligence to compose Ai-lalelo 2 Sánchez and Puig dismiss as Government delegate in... 3 An 82-year-old woman dies in a fire in her home in... 4 The National Court orders the closure of the investigation... 5 The highest diffuse gas emission is on Teide 6 Carriers decide not to reactivate the strike and give... 7 Changes in tobacco prices in Spain from this week:... 8 Who can collect the new aid of 200 euros announced... 9 Antonio Encina, mayor of Palencia between 1987 and... 10 A judge grants the change of sex in the registry to... 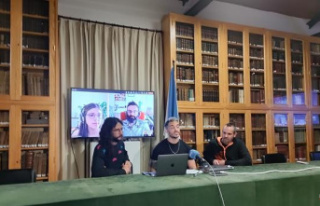