The summer of recovery: full hotels and pre-Covid life

Two years of hiatus, forced by fear of contagion and the spread of the virus, placed hoteliers at the limit of their strength. 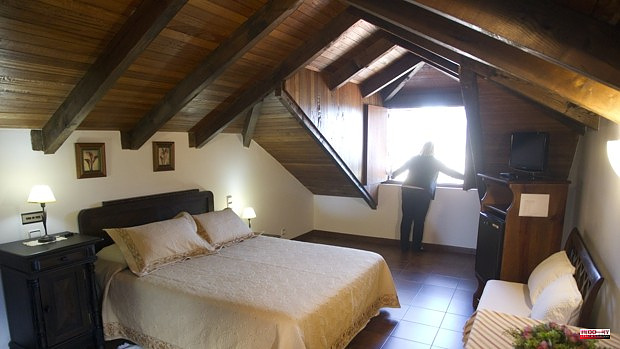 Two years of hiatus, forced by fear of contagion and the spread of the virus, placed hoteliers at the limit of their strength. But the wear and tear of the pandemic and the relaxation of the measures precede a summer that, the statistics indicate, could improve the 2019 data. localities that at this point are already full. "The forecasts for July and August are far exceeding those we had in 2019," the president of the Galician Tourism Cluster, Cesáreo Pardal, explained to Europa Press, who advances that "if a good summer comes, it will be very, very good" .

The desire to resume normality is moving strongly to the hotel industry, especially in coastal locations, where the 'No rooms' sign has already been hung. The Rías Baixas continue to lead the drive in Galicia as a beach destination, although closely followed by the Ribeira Sacra, which has reaped "a lot of success" and "a lot of pull" in recent times, as well as the interior of Pontevedra. As for the type of accommodation, the most demanded are apartments, houses for tourist use and rural tourism, in which, in some municipalities, "there are entire establishments". To the landscapes, the sandbanks and the gastronomic offer of the Community is added now that this Atlantic corner usually stays away from the heat waves that affect the rest of the peninsula, and that attracts visitors "below Madrid"

Post-pandemic life is also imposing itself on the habits of travellers, who no longer seek less crowded areas or independent accommodation with the same intensity. Little by little, they explain from the Cluster, the pieces have been relocating and the tourists have been returning to their old customs. "The tourist who used to go to a three or four-star hotel, during the pandemic changed it for a rural tourism house, but now he returns to the hotel again," exemplifies Pardal, who assumes that the fear of crowded destinations is already discarded. What there is fear of, they affect from the sector, is to run out of places to enjoy the summer months. That is why “people are anticipating more and more”, and last-minute reservations are reduced to between 5 and 10 percent. He also draws attention to the fact that the summer season tends to extend more and more in time. And, although this year did not start "practically until April", Galicia already registered in that month and the following one an occupation "as if it were June". In the last 15 days, they acknowledge, reservations "have fallen a bit" due to bad weather, but hoteliers are confident that the trend will reverse.

Going to the data, the associations speak of a guaranteed occupation of between 70 and 80 percent, with areas such as the Galician capital, which stand out for their tourist attraction. In the case of Santiago, everything suggests that the season will extend beyond July and August, reaching almost until the end of this second Holy Year, and with a September that could be better than July itself. In La Coruña they also expect very good figures, which have already started with the celebration of San Juan, which almost completely filled the city's hotel offer. The province of Pontevedra, for its part, expects a tourist season that will leave average occupancy figures of between 70 and 75 percent, reports Ep. And with regard to the main tourist destinations and municipalities, Vigo, in July, expects 80 percent occupancy; Baiona, 79 percent; Sanxenxo, between 77 and 80 percent; and Pontevedra and O Grove 75 percent. The figures, the union expects, of the summer of recovery.

1 Galicia is running to take advantage of the pull of... 2 Artificial Intelligence to compose Ai-lalelo 3 Sánchez and Puig dismiss as Government delegate in... 4 An 82-year-old woman dies in a fire in her home in... 5 The National Court orders the closure of the investigation... 6 The highest diffuse gas emission is on Teide 7 Carriers decide not to reactivate the strike and give... 8 Changes in tobacco prices in Spain from this week:... 9 Who can collect the new aid of 200 euros announced... 10 Antonio Encina, mayor of Palencia between 1987 and... 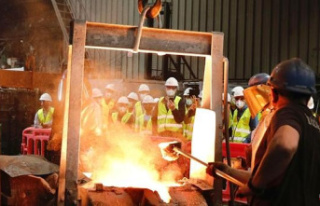 Galicia is running to take advantage of the pull of...