They attack him before competing, he runs with a blindfolded eye and is proclaimed champion of France

Unusual what happened this Sunday at the French athletics championship. 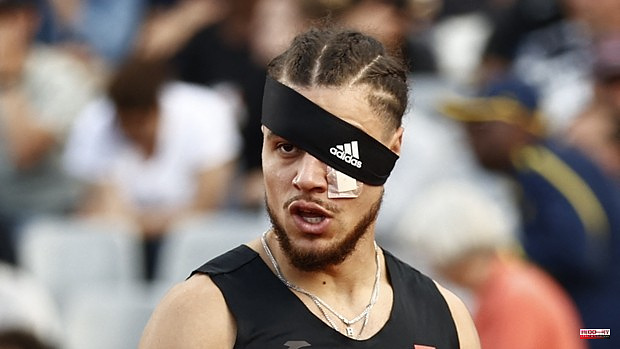 Unusual what happened this Sunday at the French athletics championship. Twenty minutes before the 400m hurdles final, 23-year-old Wilfried Happio was assaulted by an unidentified man while the athlete was warming up on a track near the Hélitas de Caen stadium. Happio was attacked in the face with a belt; but, nevertheless, the Frenchman competed with a blindfolded eye, won comfortably and got the minimum to be in the Eugene World Championship (from July 15 to 24).

With a bandage on his left eye held crosswise with the tape used to retain sweat, the man from Bourg-la-Reine signed his personal best (48.57 seconds) and the fifth best mark of a Gaul in the history of the 400 meter hurdles.

«I am happy to have made these minimums; I'm physically fine », he commented after his success. Shortly after, Happio was taken to the hospital.

Before his test, the young athlete had been beaten on the training track of the Lycée Malherbe, very close to the official stadium. “There was a big incident during the warm-up. Someone jumped on him and hit him. A guy who came out of nowhere asked him if he was Happio and jumped on top of him. He hit her with a belt. We are in a state of shock », declared his coach, Olivier Vallaeys, after the triumph of his pupil. The technician also confirmed that the individual had already been arrested by the French police.

Before being taken to hospital, Happio, while crying and bleeding from the nose, said: “I am speechless, it is pure aggression. It's outrageous, wild." The French Athletics Federation, through a statement, confirmed what happened: «Wilfried Happio was attacked by an individual who has been arrested by the municipal police of Caen, which occurred very quickly because the city police were on the scene. The municipal police investigation is ongoing. The FFA and the city of Caen will file a complaint.

1 The new face of Glorias will be ready at the end of... 2 The motorist who was injured on Saturday at a rally... 3 The Government again blames "the mafias"... 4 A 15-year-old minor is stabbed in broad daylight on... 5 Follow live the intervention of Inés Arrimadas during... 6 Aitana Mas, 'eventual' substitute for Mónica... 7 United We Can ask to investigate "the massacre"... 8 The promotion of Real Valladolid will generate an... 9 The Valencian TSJ suspends Mónica Oltra's statement... 10 Universities will promote research and awareness of... 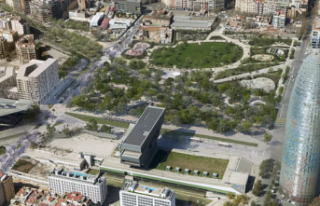 The new face of Glorias will be ready at the end of...