Aitana Mas, 'eventual' substitute for Mónica Oltra: "I hope she can return to the front line as soon as possible"

The deputy spokesperson for Compromís Aitana Mas and the next vice president, spokesperson and minister for Inclusive Policies of the Generalitat Valenciana explained this Monday that she will assume "with great responsibility since it is not an easy job" the positions left vacant by Mónica Oltra "in the hope that the vice president can return to the front line as soon as possible". 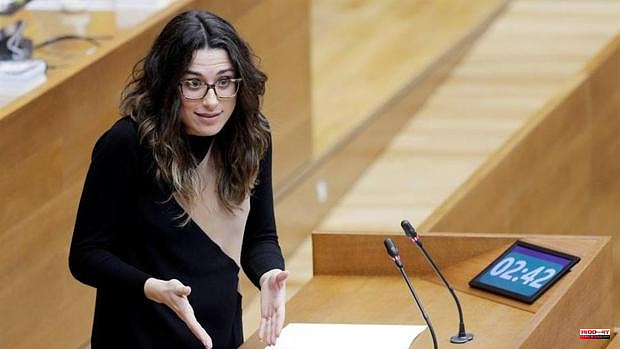 The deputy spokesperson for Compromís Aitana Mas and the next vice president, spokesperson and minister for Inclusive Policies of the Generalitat Valenciana explained this Monday that she will assume "with great responsibility since it is not an easy job" the positions left vacant by Mónica Oltra "in the hope that the vice president can return to the front line as soon as possible".

This has been indicated by Mas in his first statements after learning of his appointment, which surprised him on a family trip during which he contracted coronavirus. According to Aitana Mas, the government of the socialist Ximo Puig will join the government in the coming days after the "traumatic process" that has led to the resignation of Oltra, whom she has thanked for his "gesture of generosity" in the face of the "cruel and out of place attacks that it is receiving".

Mas stressed that Oltra's legacy is "enormous" and that "as Minister, she has been able to carry out a revolution in social services that improves the day-to-day life of many people". In addition, she has indicated that she "has made it clear how a coalition government has to be developed", something "unprecedented until the Botànic", where "shared decision-making is a fundamental tool".

Thus, he has indicated that he is "aware" of the "reluctance" that Compromís has found to this idea, but "that is where he wants to influence", in the "only possible way". "If there is no codecision, there is no coalition government," he added.

Mas will take office this Thursday the 30th as the new Vice President, Spokesperson and Minister for Equality and Inclusive Policies, replacing Mónica Oltra, who resigned last week for the alleged cover-up of her ex-husband's abuse of a minor under guardianship.

That Thursday the control session will be held in the plenary session of Les Corts starting at 10 am, so the inauguration should foreseeably take place earlier.

The next day, the Valencian government will hold its usual weekly meeting and it will be the first with Mas as spokesperson, with the usual Friday press conference that Oltra offered until now.

Mas will thus become the youngest vice president of the Consell, a position that she assumes "with great responsibility" and with the "hope" that her predecessor can return "as soon as possible to the front line" when the judicial process ends.

The new visible face of the Generalitat was one of the Compromís negotiators in the last budgets and reaches the first step of the executive after her beginnings in local politics as a councilor and two legislatures in the regional one, the first as a high position and the second as deputy Born in Crevillent (Alicante) in 1990, she is a public works technical engineer specializing in hydrology, as well as having a master's degree in event direction and management, communication and relations.

She is also one of the leaders of Initiative, one of the 'legs' of the Valencian coalition, since the last party congress. She applied to be co-spokesperson together with the General Director of Coordination of the Vice Presidency, Alberto Ibáñez, one of the people in Oltra's closest circle. There she advocated for a change in favor of equality; "not only equality understood as the fight against gender discrimination or against the sexist fight", but in the workplace, education or even climate.

1 United We Can ask to investigate "the massacre"... 2 The promotion of Real Valladolid will generate an... 3 The Valencian TSJ suspends Mónica Oltra's statement... 4 Universities will promote research and awareness of... 5 A Putin ally announces the first city that Russia... 6 The left wins the second round of the municipal elections... 7 Spain remains in penultimate position in NATO in defense... 8 Aid of 200 euros: who can request it, when and how... 9 Borja Suárez and Isabel Castro cover the resignations... 10 The National Police arrest a sexual aggressor when... 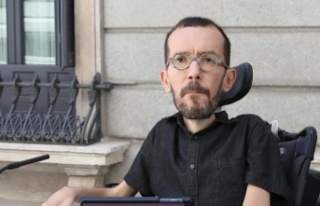 United We Can ask to investigate "the massacre"...