More than 160 years after Ildefons Cerdà designed it as the center of the city, Barcelona's Plaza de las Glorias will present its definitive version in the second half of 2024. 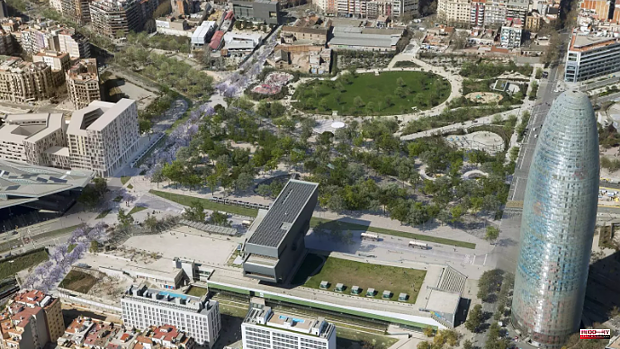 More than 160 years after Ildefons Cerdà designed it as the center of the city, Barcelona's Plaza de las Glorias will present its definitive version in the second half of 2024. This has been announced by the Barcelona City Council, after the Commission for The municipal government has approved the executive project that defines the central area of ​​the square and that has to complete the reform. Thanks to these works, this central enclave, which at the time was designed as a nexus of the great Catalan roads and nerve center of the region, will gain more than 2,000 square meters of green areas for games and even an immersive park.

The deputy mayor for Urban Planning, Janet Sanz, assures that this project, which will also include a renewed access to the L1 'Glòries' Metro station, will begin construction at the end of this year and that the expected term of the works is 20 months.

In addition, the inauguration of the park in 2024 will coincide with the start-up of the union of the first connection phase of the two trams in the city. "In 2024 the appearance of the square will be completely different," confirms Sanz.

The chief architect of Barcelona, ​​Xavier Matilla, explains that with this action "the pieces will finish fitting" of what Cerdà devised in the 19th century that this place should be and that until now "it has not had a good urban fit". He also defends that said urbanization will focus on three fundamental values: centrality (due to its strategic location), environmental and social because, according to him, it responds to the demands and needs detected by the neighbors.

In addition to the immersive garden (which will have an area of ​​more than a thousand square meters) and the large playground, the square will house a sensory agora and more than 2,500 square meters of multipurpose use wrapped in bamboo where cultural events can be held. There is also an umbrella for activities, an area for dogs and a space with a water park for the summer. On the other hand, in the western part of the square, the Gran Vía viewpoint will be included, with benches, picnic tables, deckchairs, fountains and two kiosks.

One of the objectives of the future square is to promote all the nodes of biodiversity, with naturalized spaces with different plant species. In this sense, in the central part of Glorias, 472 new trees will be planted and with the 2,000 meters that will be added, the total area of ​​green areas will exceed 9,000 square meters. With all this, it is planned to organically complete the meeting of the axes of Diagonal, Meridiana and Gran Vía avenues, which for more than a century has been a tangle of railways, ring roads and unresolved urban problems.

1 The motorist who was injured on Saturday at a rally... 2 The Government again blames "the mafias"... 3 A 15-year-old minor is stabbed in broad daylight on... 4 Follow live the intervention of Inés Arrimadas during... 5 Aitana Mas, 'eventual' substitute for Mónica... 6 United We Can ask to investigate "the massacre"... 7 The promotion of Real Valladolid will generate an... 8 The Valencian TSJ suspends Mónica Oltra's statement... 9 Universities will promote research and awareness of... 10 A Putin ally announces the first city that Russia... 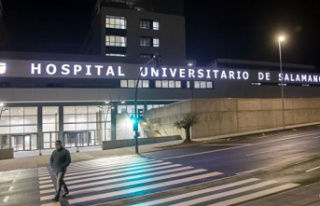 The motorist who was injured on Saturday at a rally...