The tragic last jump over the Melilla fence, which has already claimed dozens of deaths and injuries, has caused a tense situation in the press conference after the Council of Ministers, which was held this year on the occasion of the NATO summit Monday, instead of Tuesday, as usual. 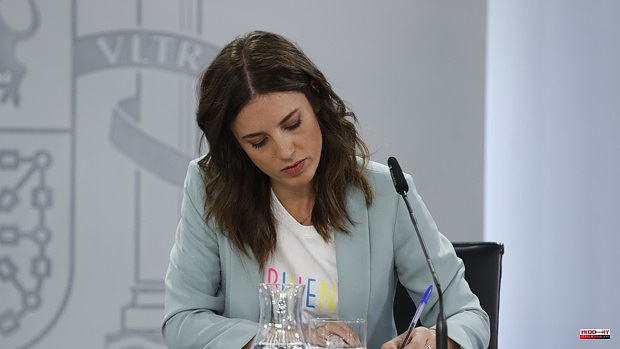 The tragic last jump over the Melilla fence, which has already claimed dozens of deaths and injuries, has caused a tense situation in the press conference after the Council of Ministers, which was held this year on the occasion of the NATO summit Monday, instead of Tuesday, as usual. The minister spokesperson, Isabel Rodríguez, was accompanied by the economic vice president, Nadia Calviño, and the head of Equality, Irene Montero. As happened in another similar press conference this year, due to the division in the Executive for sending weapons to the resistance in Ukraine, Rodríguez has prevented Montero from speaking out on another thorny issue that divides the coalition.

Up to five times the informants have tried to obtain the opinion of the number two of United We Can (which presented the agreement on the trans law) and up to five times Montero has remained silent, after exchanging words with the spokeswoman with the microphone off, who has explained that he assumed, given his condition, the collective response of the cabinet.

Montero has not even answered when he has been asked, apart from the background of the migratory crisis, for the explanations about it that the second vice president and interlocutor of the coalition, Yolanda Díaz, has publicly requested. Sources from Podemos assure that it was agreed, that it is part of the collegiate functioning of the Executive and that the minister will explain her position through other forums and interventions. A prevention that has not operated in the same room, on other occasions, with Díaz and with the head of Social Rights and leader of Podemos, Ione Belarra. Nor, in his day, with the former second vice president, the former general secretary of the purple formation, Pablo Iglesias. Without going any further, last Tuesday Díaz, also Minister of Labor, gave her opinion on all the issues that seemed convenient to her, including attacks on the leader of the opposition, Alberto Núñez Feijóo, whenever the questions of the journalists gave her an opportunity to do so.

For the rest, Isabel Rodríguez insisted, as Pedro Sánchez himself has done in recent days, in pointing out "the mafias" as guilty of the situation created. However, she avoided commenting on whether Rabat's action is consistent with respect for human rights, including the possible burial of the victims without being identified. "So that there is no doubt: the Government appreciates the collaboration of the Moroccan authorities in defending our borders," Rodríguez assured before the attentive and silent gaze of Irene Montero.

1 A 15-year-old minor is stabbed in broad daylight on... 2 Follow live the intervention of Inés Arrimadas during... 3 Aitana Mas, 'eventual' substitute for Mónica... 4 United We Can ask to investigate "the massacre"... 5 The promotion of Real Valladolid will generate an... 6 The Valencian TSJ suspends Mónica Oltra's statement... 7 Universities will promote research and awareness of... 8 A Putin ally announces the first city that Russia... 9 The left wins the second round of the municipal elections... 10 Spain remains in penultimate position in NATO in defense... 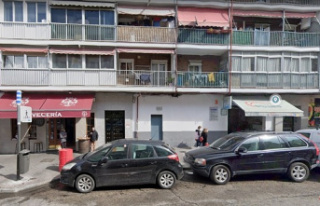 A 15-year-old minor is stabbed in broad daylight on...