United We Can has registered this Monday in Congress a non-law proposal to urge the Government to immediately open an "independent investigation" to clarify the "human tragedy" that occurred over the weekend at the Melilla fence. 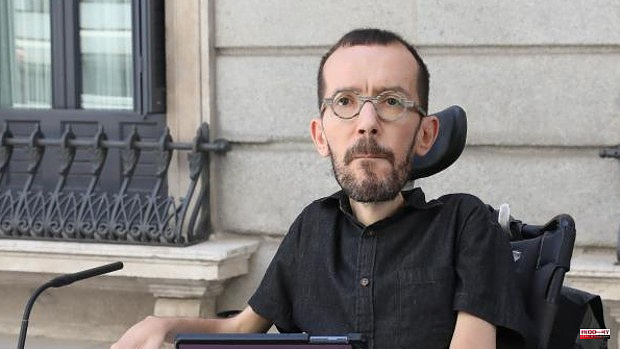 United We Can has registered this Monday in Congress a non-law proposal to urge the Government to immediately open an "independent investigation" to clarify the "human tragedy" that occurred over the weekend at the Melilla fence. Almost 2,000 Sub-Saharans tried to enter armed with shears, stones, sticks and knives and were repressed with more violence by Morocco. Several NGOs estimate that the balance of fatalities amounts to 37. Morocco has confirmed 23.

«We are horrified, not as democrats, but as people, of the images that we have been able to see on the Melilla fence. Spain has to be at the forefront of defending human rights. That is why we have presented an initiative so that there is an independent investigation, ”said the spokesman for the parliamentary group, Pablo Echenique, this Monday in the courtyard of Congress.

The President of the Government, Pedro Sánchez, praised the action and collaboration of Morocco in the assault on the border as "extraordinary" over the weekend, however, in recent hours he has lamented the human losses and has recalled that the mafias are behind . United We Can, a minority partner in the Sánchez government, asks the lower house to "derive the corresponding political and criminal responsibilities." They demand that the investigation be carried out in collaboration with the diplomatic delegations of the European Union present in Moroccan territory.

The second vice president, Yolanda Díaz, and the Minister of Social Rights and leader of Podemos, Ione Belarra, already coordinated this weekend to demand an investigation. Right after Sánchez's statements. "Very shocked with the images of the Melilla border," wrote Vice President Díaz; and she added: «It is necessary to clarify what happened».

United We Can denounce that it is "a violent reminder of the failure of the European Union's migration policies." They ask the Government to roundly condemn the deaths and guarantee the "dignified burial of the deceased." Also that he collaborates in the identification of corpses and location of the families. NGOs are denouncing that Moroccan authorities are burying unidentified bodies. In addition, they ask "to enable access to the Ceuta and Melilla border offices for those people who express their willingness to request international protection."

1 The promotion of Real Valladolid will generate an... 2 The Valencian TSJ suspends Mónica Oltra's statement... 3 Universities will promote research and awareness of... 4 A Putin ally announces the first city that Russia... 5 The left wins the second round of the municipal elections... 6 Spain remains in penultimate position in NATO in defense... 7 Aid of 200 euros: who can request it, when and how... 8 Borja Suárez and Isabel Castro cover the resignations... 9 The National Police arrest a sexual aggressor when... 10 The Civil Guard detains a man for the violent death... 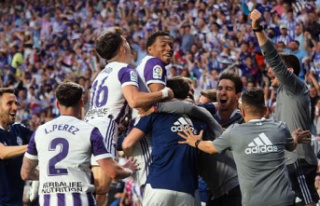 The promotion of Real Valladolid will generate an...