The promotion to the First Division of Real Valladolid CF will generate an economic impact of 21. 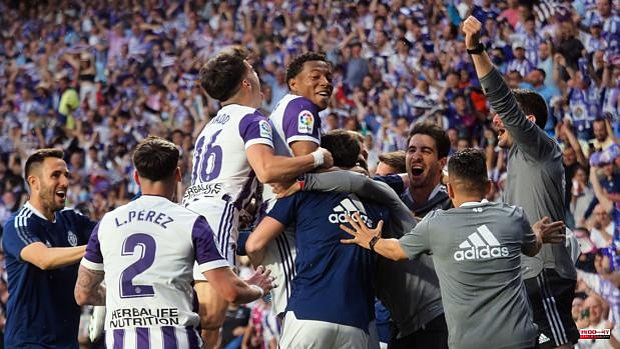 The promotion to the First Division of Real Valladolid CF will generate an economic impact of 21.7 million euros, which represents 0.15 percent of the provincial GDP, according to a study prepared by the Chamber of Commerce. The president of the Valladolid chamber institution, Víctor Caramanzana, and the director of the Presidency Cabinet of the sports entity, David Espinar, presented the study on Monday.

The estimate was calculated based on the direct economic impact, in which the economic sectors related to the increase in the flow of spectators and income from spending on hotels, restaurants, commerce, transport and other expenses converge, and the indirect impact, relative to the multiplier effect on other economic activities.

Thus, in relation to direct effects in a scenario in which the Valladolid team remains in intermediate positions in the classification, the promotion of Real Valladolid CF will have an impact of 880,000 euros in the hotel and catering sector, 840,000 in transport, 608,000 on trade and 955,000 on other consumption.

The report prepared by the Chamber of Valladolid with the collaboration of Criteria 05, takes into account the capacity of the José Zorrilla stadium, as well as a forecast of the number of members, 20,000 for the 2022/2023 season, and possible visitors, with a margin of 20 percent available seats, reports Ical.

Away fans will spend an average of €60 on hotels and €140 on accommodation at each match. Regarding the professionals, the cost of the technical and managerial teams will be around an average of 400 euros in each match. In this sense, the transfer of the club's budget to society as a whole, which amounts to 55 million euros, will have an impact on other sectors of 25 percent.

In addition, the promotion of Real Valladolid will have a media impact on the province quantified at 7.2 million euros, taking into account aspects such as the international profile of the club's president, as well as the effect of this being a year in which the Soccer World Cup.

Víctor Caramanzana stated that these data reflect "the added value that Real Valladolid brings to the province, allowing it to strengthen its image, growing as an attractive and dynamic place and with a positive impact on the hospitality, commerce, hotel and transport sectors". “It is, in short, an impulse, not only for the enthusiasm of the fans, but also for the economic recovery of Valladolid”, he has sentenced, in statements collected by Ical.

1 The Valencian TSJ suspends Mónica Oltra's statement... 2 Universities will promote research and awareness of... 3 A Putin ally announces the first city that Russia... 4 The left wins the second round of the municipal elections... 5 Spain remains in penultimate position in NATO in defense... 6 Aid of 200 euros: who can request it, when and how... 7 Borja Suárez and Isabel Castro cover the resignations... 8 The National Police arrest a sexual aggressor when... 9 The Civil Guard detains a man for the violent death... 10 Inés Arrimadas buys time until the refoundation after... 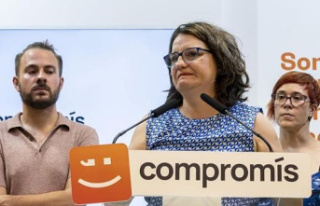