Universities will promote research and awareness of terrorism in the classroom

On the Day of Tribute to the Victims of Terrorism, the Junta de Castilla y León and the universities have signed a protocol to maintain a "permanent" collaboration to promote teaching, research and awareness of this scourge in the classroom. 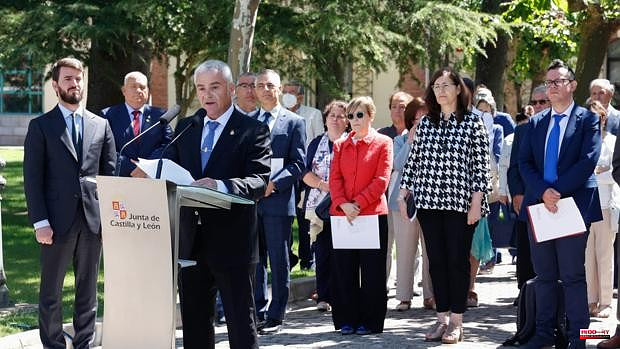 On the Day of Tribute to the Victims of Terrorism, the Junta de Castilla y León and the universities have signed a protocol to maintain a "permanent" collaboration to promote teaching, research and awareness of this scourge in the classroom.

This has been assured by the Vice President of the Board, Juan García-Gallardo, who has been in charge of signing the agreement with the four public universities. "It is born from the need to preserve in the collective memory the threat that terrorism has posed and poses in society," he defended, before assuring that "ignoring history, misrepresenting it or hiding it can lead us to repeat it."

Hence, he has highlighted the role of institutions in this area and the "joint action" that the agreement will entail in terms of the recognition and protection of victims. In addition, it has indicated that research awards will be launched on this subject for the best doctoral thesis, final degree or master's thesis, internships will be offered to students in assistance centers and monographic conferences in academic centers.

It is about "extending" the experience that has already been working for several years in Community schools, he summarized, before recalling that next July will be the 25th anniversary of the murder of Miguel Ángel Blanco at the hands of the terrorist group ETA and today "unfortunately many young people do not know who he was, or who killed him."

For his part, the vice-rector for Social Responsibility, Culture and Sports of the University of Burgos, Delfín Martínez, has considered that through the agreement signed, the educational institutions show a "firm and express manifestation" of their public commitment to the victims of terrorism and will contribute to the «understanding» of this «educational and social challenge».

Next, a floral offering was made in memory of the 159 victims of terrorism in Castilla y León and a manifesto was read in memory of all of them. “We will not forget and we cannot forget”, has indicated the president of the Association, Sebastián Nogales, who has remarked that those who violated the rule of law “cannot receive benefits from the same state that they attacked.”

"We cannot forget the insults and outrages" that the lack of condemnation of the attacks entails, the "accomplice silence or trying to whitewash terrorist violence", he indicated, before pointing out that despite the fact that "there are many things that can be improved", the victims they feel sheltered by Castilla y León, the second community "hardest hit" by this scourge.

1 A Putin ally announces the first city that Russia... 2 The left wins the second round of the municipal elections... 3 Spain remains in penultimate position in NATO in defense... 4 Aid of 200 euros: who can request it, when and how... 5 Borja Suárez and Isabel Castro cover the resignations... 6 The National Police arrest a sexual aggressor when... 7 The Civil Guard detains a man for the violent death... 8 Inés Arrimadas buys time until the refoundation after... 9 Electric companies paid 8,910 million euros through... 10 What happens if I go on vacation without unplugging... 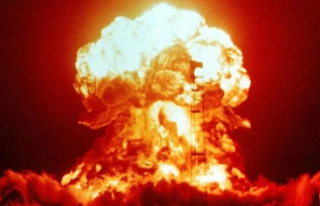 A Putin ally announces the first city that Russia...