Tribute to the "genius" Ouka Leele, the photographer of the "truth in her hands and in her heart"

A "genius", a "creator of life", a "magical" photographer, a "constant miracle" of "noble heart and indomitable spirit". 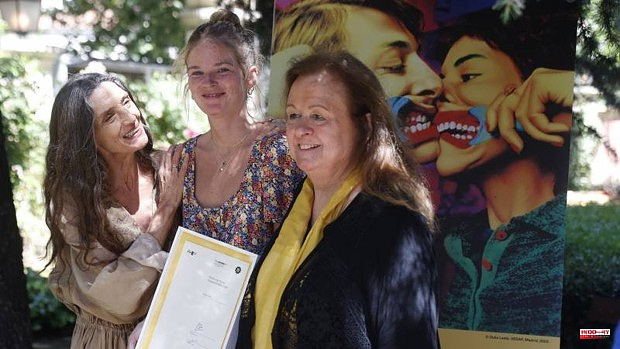 A "genius", a "creator of life", a "magical" photographer, a "constant miracle" of "noble heart and indomitable spirit". These are just some of the emotional words that the family and friends of Bárbara Allende Gil de Biedma, that is, Ouka Leele, the well-known photographer of the Movida and living testimony of Spanish culture in recent decades, who died two weeks ago at the age of 64 years, have spoken this Tuesday in the tribute that his life and work have received at the Lázaro Galdiano Museum.

PhotoEspaña wished to pay tribute to the artist in an act in which Ouka Leele's daughter, María Rosendfelt, received the award of Honor for the contest from the president and director of the festival, Alberto Anaut and Claude Bussac, respectively, a cultural event to which the color photographer was closely linked.

"She was a creator of life," assured the descendant of Ouka Leele. The sister of the writer, Patricia Allende, has also attended her tribute, who has recalled her childhood years with her and the "great legacy" that she has left behind. "Long live photography!", Allende has finished her speech.

But in this tribute there has also been room for friends of Ouka Leele such as the actress Ángela Molina and the filmmaker Rafael Gordon, director of the film 'Ouka Leele's Gaze', a documentary about the creator (-the film is also screened this Tuesday and tomorrow, Wednesday at 8:30 p.m. at the Little Studio Cinema-). "I remember that her simplicity raised the flag of things and people," recalled the interpreter, a friend of the artist who was awarded the National Photography Prize in 1995. "She approached humble things as if they were sacred . She had a lot of truth in her hands and in her heart », said Molina, who also celebrated that the act served to be close to the artist. "In love nothing is impossible," she concluded.

Gordon, for his part, has emphasized the need for a "future museum for his work", something "peremptory" to gather "his memory". “We dream of a future Ouka Leele museum, where hundreds of icons are collected to be displayed in Madrid. She was a utopian pyramid of love, beauty and work, with a sensitivity alien to the inherent pain of human nature. A life from her private satellite called Ouka Leele", Gordon said of a creator "with a noble heart and indomitable spirit who for forty years filled the world with creativity. A constant miracle," according to Gordon.

Several of the artist's images have crowned the garden of the Lázaro Galdiano Museum where different representatives of the world of culture and personal friends of the photographer have wanted to meet to pay a heartfelt tribute to the creator. For the president of PhotoEspaña, Alberto Anaut, Ouka Leele was a "person of dazzling vitality and a symbol of one of the brightest generations of that Spain eager for change." In addition, he has added that throughout the day, and after asking the representatives of the City Council, images of her work are being projected on the screens of Callao.

1 Italy seizes 4 tonnes of cocaine related to the Colombian... 2 UK Boris Johnson's career highlights 3 The Jaime I 2022 Awards distinguish advances against... 4 Siro informs the workers that it will not pay the... 5 UGT increases representativeness in the region by... 6 Junts will propose to their bases whether to continue... 7 The Toledo Consortium increases the aid for housing... 8 Carmen Mola, at the meeting of reading clubs of the... 9 The ABAU starts in Galicia with the 'return to... 10 The uncertain future of Boris Johnson, a wounded winner 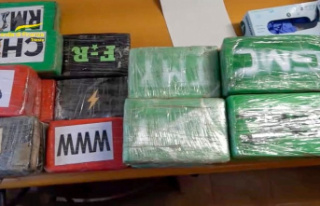 Italy seizes 4 tonnes of cocaine related to the Colombian...