New leadership but same threats to its government partners. 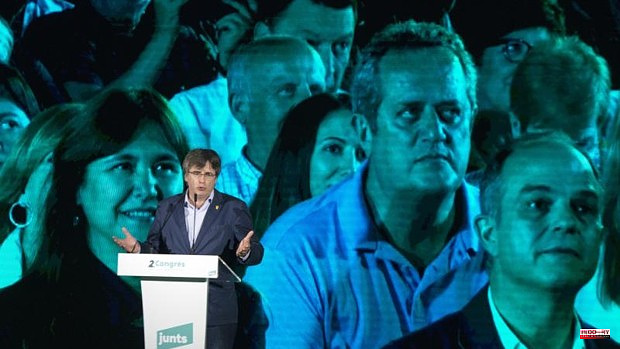 New leadership but same threats to its government partners. The draft of the new Junts political paper, whose bases must debate and vote in just over a month, proposes, among other measures, that October 1 of this year, coinciding with the fifth anniversary of the illegal referendum, become the a "turning point" to resume the path to independence and analyze with the bases of the formation if it is necessary to break with ERC at the head of the Generalitat, a new challenge to the Republicans.

Its new roadmap speaks specifically of assessing to what degree the government agreement between Junts and ERC is being fulfilled and after which the Republican Pere Aragonès was sworn in as president, and evaluating what measures must be taken to ensure that his intentions are fulfilled. comply, without ruling out any: "Junts will propose to its bases the possibility of continuing or not in the Government or taking other types of initiatives appropriate to the situation," the text points out.

"After five years in which dialogue has been given a sincere opportunity, it is time to resume the thread of October 1 and the culmination of independence," the document adds. To this end, the new leadership of the party, headed by Laura Borràs and Jordi Turull, advocate working to set up "as soon as possible" the strategic coordination space provided for in the government agreement signed with ERC and which would have to specify the next steps in the road to independence.

In this sense, they are committed to the fact that the legislative action of the Government supposes "a verifiable advance at all institutional levels" in the process of independence and for this reason they are committed to proposing resolutions so that at the level of departments, the Generalitat advances towards "the disconnection economic and political» of Catalonia.

In addition, the roadmap speaks of carrying out "a democratic revolt like the one we began to experience in the fall of 2017" and Junts also believes that we must work with the strategy of confrontation, which includes "civil disobedience and non-cooperation in a democratic manner. All this to force a negotiation that has as its objective an eventual agreed referendum or, directly, an independence either by unilateral or negotiated means.

The paper is also especially critical of the dialogue table, from which Junts distanced itself months ago and whose new leaders believe that it has been "counterproductive and has not complied with the guidelines set" by the Parliament of Catalonia.

1 The Toledo Consortium increases the aid for housing... 2 Carmen Mola, at the meeting of reading clubs of the... 3 The ABAU starts in Galicia with the 'return to... 4 The uncertain future of Boris Johnson, a wounded winner 5 The EU agrees on a common framework to ensure "decent"... 6 Planas once again shows its opposition to segregating... 7 Beef cattle farmers and citrus growers, the biggest... 8 End of an era? The 'Big Three' out of the... 9 Denmark accuses UK seaman of causing a fatal collision... 10 All you need is one plug: EU will require a common... 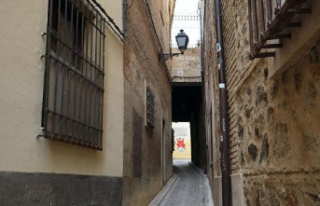 The Toledo Consortium increases the aid for housing...