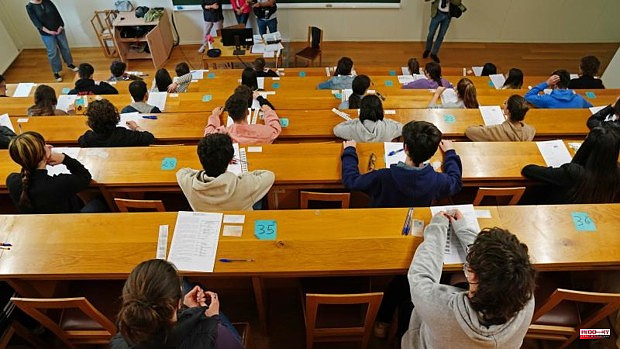 Galicia begins today three days of selectivity exams. From this Tuesday 7th and until Thursday 9th June, students who want to enter the University must take different tests to demonstrate the knowledge acquired during the last year.

With the first examination of History of Spain, in which questions have been dropped on the Bourbon Reformism, the War of Succession, the Spanish Transition or the Crisis of the Restoration, it has begun at 10:00 in the morning. The ABAU in Galicia brings together 12,660 students this year, almost 400 less than the previous year.

The President of the CIUGA, Celso Rodríguez, aware of the possible incidents that may occur at the start of the day, commented that "any error in any site produces an error in 36 sites."

This year the commissions where the exams take place are 36, 7 fewer than in previous years.

The young people who have spent, for the most part, two weeks preparing for the tests say they are "well, within what is possible." Iria Fernández, a student at the IES Rosalía de Castro institute, in Santiago de Compostela, has exams during the three days “very unbalanced. I have four today, three tomorrow and one on Thursday«.

Beyond the obvious nerves of the students, for the Interuniversity Commission of Galicia, these are also days of tension. Celso Rodríguez assures that, "although this is not an exam different from any other", as it is a test that must follow the same rules and open at the same time in the different places where it is carried out, there is more tension.

This year, the cut-off marks have continued to increase with respect to the previous ones, something that affects the students who take these tests with a fixed objective. This is the case of Lucía Vila, a student at the IES de Arzúa, who wants to study Audiovisual Communication and, despite her good grades in high school, she does not know if she will be able to achieve the stipulated grade to study in Santiago.

Regarding access to the University through a Vocational Training cycle, the cut-off marks are also high. Cristina Enjamio and Adriana Moure, who both want to study teaching, believe that the grades "will continue to rise." For them, the possibility of having to go to the place “where they give us the note” is a certainty.

Vania Salvatierra, attached to the Cacheiras de Teo institute and from Peru, only has to take the specific tests that will add points to the grade she already has from the Bachiller. She states that she "isn't very nervous" since she doesn't have to take all the tests. However, she does not believe that she can achieve the grade to study the career that she would like since "these are very high grades." Even so, she comments that she feels prepared to pass quite different tests than the ones she would take in Peru.

After these three days of nerves, the Galician students will be able to know their marks from June 16, when the provisional qualifications will be published. For those who wish or are not satisfied, from June 17 to June 21, they may request their review.

1 The uncertain future of Boris Johnson, a wounded winner 2 The EU agrees on a common framework to ensure "decent"... 3 Planas once again shows its opposition to segregating... 4 Beef cattle farmers and citrus growers, the biggest... 5 End of an era? The 'Big Three' out of the... 6 Denmark accuses UK seaman of causing a fatal collision... 7 All you need is one plug: EU will require a common... 8 Who owns the treasures of sunken ships like the galleon... 9 The Benidorm hotel industry refutes the "propaganda"... 10 Three cases in Toledo of the false outrage scam: "The... 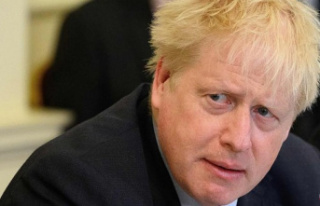 The uncertain future of Boris Johnson, a wounded winner