The Jaime I 2022 Awards distinguish advances against cancer, forest fires and rare diseases

The Rei Jaume I 2022 Awards have distinguished three men and three women for their contribution to research against cancer and forest fires, the detection and treatment of genetic diseases, and the application of mathematics for the development of societies. 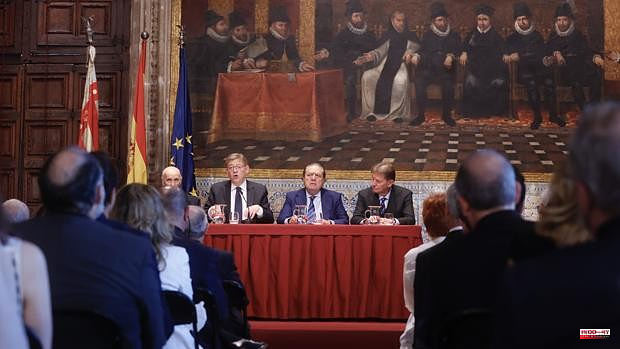 The Rei Jaume I 2022 Awards have distinguished three men and three women for their contribution to research against cancer and forest fires, the detection and treatment of genetic diseases, and the application of mathematics for the development of societies.

The verdict of the jury, made up of a hundred people, including 21 Nobel Prize winners, was announced this Tuesday at a ceremony held at the Palau de la Generalitat before a large representation of the political sphere and Valencian civil society.

At the 34th edition of these awards - endowed with 100,000 euros and which are delivered in the fall - 182 candidates had been submitted, only 33 of them from women.

Professor Jesús María Sanz Serna has been awarded, in the Basic Research category, for his pioneering work in numerical analysis and its implications for mathematics and other fields of science. "His main contributions combine techniques from the theory of probability, statistics, optimization and artificial intelligence," said the executive president of the Rey Jaime I, Javier Quesada, during the reading of the ruling.

For its part, the jury has awarded Marta Reynal-Querol -Economy- for her contributions to the determinants of war conflicts, political economy and economic development using methodologies based on historical experiences and «big data». Its most important contribution is the characterization of a polarization index applicable to discrete attributes (ethnicity, religion, etc). In the field of political economy she has analyzed the influence of the human capital of political leaders on economic development. Her recent research addresses the importance of the human capital of Latin America's early settlers and their original institutions in explaining economic development. Her second main line of research at present is the analysis of development, conflicts and inequality using machine learning techniques.

In the field of Medical Research, Dr. Antonio de Lacy Fortuny, current head of the Gastrointestinal Surgery Service at the Hospital Clínic de Barcelona, ​​receives the award for his contributions in the surgical treatment of cancers, especially colorectal cancers. “His innovations in minimally invasive surgery, his development of new techniques and his demonstrations with trials with multiple patients of the safety and advantages of laparoscopic colorectal cancer surgery are relevant. He has developed an unprecedented technique training program, having trained over 1,000 surgeons from around the world. With his Advances in Surgery Channel, he has created the world's largest platform for surgical education », they explain from the organization.

Awarded in the New Technologies category, Dr. Montserrat Calleja Gómez applies the main advances in basic research in physics to practical innovations in the clinical field. The jury highlights her work on biomolecular markers and nanomechanical sensors for the early detection of cancer and infectious diseases, as well as the identification of resistance to antibiotics, all of these great challenges in the field of human health.

Emilio Chuvieco Salinero -Environmental Protection- joins the winners as a recognized world expert in the field of remote sensing and its application to the location and observation of forest fires. “This is a critically important area for understanding the effects of climate change. His work has extended the application of geography to the analysis of complex problems that relate the environment and human development. This information is critical for the design and establishment of fire prevention measures in the growing trend of global warming, "said the jury in its verdict.

Finally, in the category of Entrepreneur, the award was given to researcher Angela Pérez Pérez, founder of Health in Code, who at the age of 24 decided to undertake in the field of biomedicine and the study of complete genomes, in a "clear example" transfer of knowledge to the market. “Angela presents a balanced combination of her scientific profile, with her high-level management skills, as well as an innate talent for entrepreneurship. Health in Code is a specialist in preventive, personalized and precision medicine, from the diagnosis of any genetic disease that, in 99% of cases, are rare diseases. One of the company's mottos is to leave no child behind without the best possible diagnosis and treatment”, she highlighted.

Before starting the meetings of each category in the Captaincy General of Valencia, the juries of the Jaume I Awards have signed a declaration in which they demand, "after more than three months of atrocities" in Ukraine, "the immediate negotiation of a halt to the fire, the withdrawal from the occupied territories and reparations for the damage inflicted, together with the commitment never to use nuclear weapons that would lead to the total devastation of human life on the planet.

In addition, they reiterate "the obligation to submit all scientific advances to uses that respect the Universal Declaration of Human Rights." «Today, after more than three months of atrocities committed in an unequal and unfair confrontation that not only destroys the territory, families, innocent people and compromises a possible energy and food crisis in the world, the juries of the PRJI 2022 adhere even more forcefully to the declaration of March 2022 », they emphasize.

In this statement on March 7, more than 168 Nobel Prize winners in science, economics, literature and peace -including 40 laureates who have been part of the Jaume I juries- signed an appeal for peace in a declaration that condemned the invasion and the war, the threat of resorting to the use of nuclear weapons and that demanded that Russian President Vladimir Putin respect the agreements of international law, ordered him to withdraw his armed forces and to initiate negotiations that would lead to the establishment peace.

1 Siro informs the workers that it will not pay the... 2 UGT increases representativeness in the region by... 3 Junts will propose to their bases whether to continue... 4 The Toledo Consortium increases the aid for housing... 5 Carmen Mola, at the meeting of reading clubs of the... 6 The ABAU starts in Galicia with the 'return to... 7 The uncertain future of Boris Johnson, a wounded winner 8 The EU agrees on a common framework to ensure "decent"... 9 Planas once again shows its opposition to segregating... 10 Beef cattle farmers and citrus growers, the biggest... 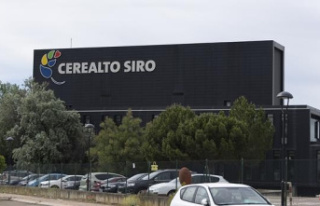 Siro informs the workers that it will not pay the...