Siro's situation is complicated at times. 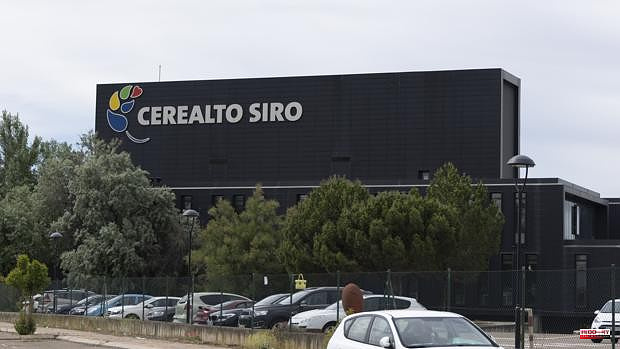 Siro's situation is complicated at times. This Tuesday, the agro-industrial company has informed the workers that it will not pay the June payroll as it does not have the liquidity to do so. This has been transferred to the union delegates. «The current situation of lack of liquidity of the company does not allow it to face the payment of payroll for the month of May». It is the message that circulates among the company's employees, who see how what they thought was an ordeal is increasingly becoming a reality that endangers their jobs.

Events have been precipitated since late Friday Ceralto Siro Foods also reported through the workers' representatives that it had the intention of shortly paralyzing production activity in all its plants in the Community given that the investment partner that would be willing to inject some 180 million euros in exchange for taking over 75 percent of the shareholding "is not in a position to proceed with the closing of the operation" or undertake the planned investment given that the employees have rejected the viability plan presented.

This Monday, in the Venta de Baños biscuit factory, which the feasibility plan intends to sacrifice and close, the ovens did not start up and that on Friday the workers left them ready to resume activity after the weekend.

This Monday, the Government delegate in Castilla y León, Virginia Barcones, recognized that the situation is "critical" and there was little time. Meanwhile, from the Board, its spokesman and Treasury adviser, Carlos Fernández Carriedo, insisted on calling for dialogue between the parties to save activity and employment in the company.

Ceralto Siro Food has factories in Castilla y León in the Palencia towns of Venta de Baños and Aguilar de Campóo and Toro in Zamora. In total, more than 1,400 workers, about 200 in the Venta plant that has not produced this Monday.

1 UGT increases representativeness in the region by... 2 Junts will propose to their bases whether to continue... 3 The Toledo Consortium increases the aid for housing... 4 Carmen Mola, at the meeting of reading clubs of the... 5 The ABAU starts in Galicia with the 'return to... 6 The uncertain future of Boris Johnson, a wounded winner 7 The EU agrees on a common framework to ensure "decent"... 8 Planas once again shows its opposition to segregating... 9 Beef cattle farmers and citrus growers, the biggest... 10 End of an era? The 'Big Three' out of the...

UGT increases representativeness in the region by...