The Toledo Consortium increases the aid for housing rehabilitation by 100,000 euros and reaches 900,000

The Executive Commission of the Consortium of the City of Toledo has approved the extension by 100,000 euros of the ordinary call for aid for the rehabilitation of homes for residents in the Historic District, which represents an increase of 12. 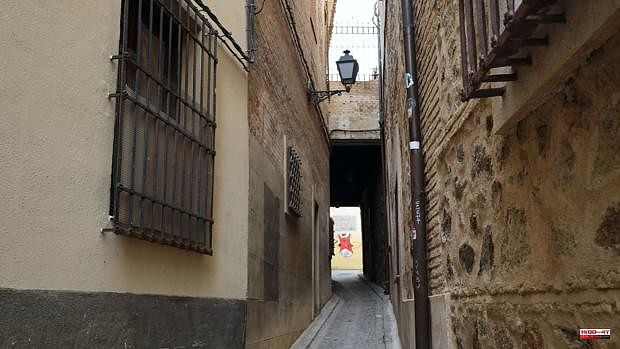 The Executive Commission of the Consortium of the City of Toledo has approved the extension by 100,000 euros of the ordinary call for aid for the rehabilitation of homes for residents in the Historic District, which represents an increase of 12.5 percent, until reaching the €900,000.

This decision is adopted after the success of the call for this year, when a total of 146 applications for aid have been processed in just two months, above the 142 received in 2021.

«The philosophy of the call is to meet all the requests submitted, so the objective of the Consortium with this increase in the item is to avoid, within the existing budget margin, a very marked reduction in the final subsidy percentages to be granted to applicants of the aid, which annually is around 30 percent", this organization has reported in a press release.

The Executive Commission has also approved the resolution to grant subsidies in kind for the rehabilitation of buildings in the Historic Center of Toledo, specifically it gave the go-ahead to four files, specifically in Taller del Moro street, Nuncio Viejo street, alley of San José and Calle Recoletos with works worth 300,000 euros.

These actions would be added to the nine interventions in residential buildings that the Consortium currently has underway and that serve to improve the façade, the roofs or the common elements of these buildings intended for residents of the Casco.

Likewise, the Executive Commission has agreed to make the last Roman archaeological remains recently found in the semi-basement of the Navarro Ledesma residential building number 2 open to the public.

The action will consist of the creation of a walkable glass platform at the height of the original floor for the correct visualization of the archaeological remains. The platform will be accessed by means of a metal staircase and the installation of specific lighting is also planned to enhance the findings, in line with the interventions carried out by the Consortium in the environment.

The work necessary to achieve the two previous objectives will not entail an increase in the budget, since an initial item planned to channel the wiring will not be executed and will be used to carry out the necessary intervention for the visit.

What is extended by one month is the term of execution of the works, which was initially set at six months, so the objective is that the visits can be made after the summer.

1 Carmen Mola, at the meeting of reading clubs of the... 2 The ABAU starts in Galicia with the 'return to... 3 The uncertain future of Boris Johnson, a wounded winner 4 The EU agrees on a common framework to ensure "decent"... 5 Planas once again shows its opposition to segregating... 6 Beef cattle farmers and citrus growers, the biggest... 7 End of an era? The 'Big Three' out of the... 8 Denmark accuses UK seaman of causing a fatal collision... 9 All you need is one plug: EU will require a common... 10 Who owns the treasures of sunken ships like the galleon... 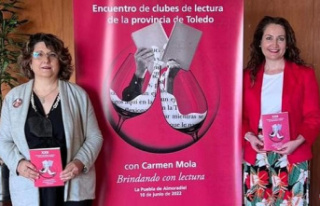 Carmen Mola, at the meeting of reading clubs of the...