The uncertain future of Boris Johnson, a wounded winner

Boris Johnson has done it again. 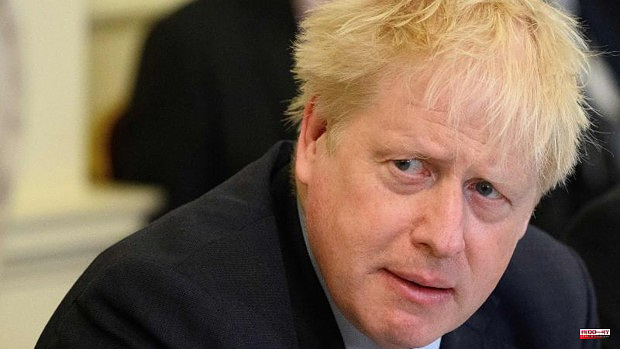 Boris Johnson has done it again. This Tuesday, he got up to return to Downing Street, to his prime minister's office, having once again survived when he was on the tightrope. Although he claimed to feel confident, the premier did not have it all with him, and the vote of the conservative deputies of the internal censure motion could surprise. Finally, the balance tipped in favor of the prime minister, but with a result that does not lead to great celebrations and that made it clear that the political formation that he leads is broken. And he, wounded. Not dead, but touched and with an uncertain future ahead, because 41% of parliamentarians from his party want to get rid of him.

Johnson bite the bullet in a statement after learning the result in which he insisted that it was "extremely good", with 211 voters in his favor and 148 against, but the rebels have already warned that they will continue to fight for him to leave the charge, to which he clings. They have even announced that they could be willing to modify the rules that prevent a new motion from being presented for up to a year. To stand up for the leader, who is now facing his lowest hours and a rock-bottom popularity according to the polls, came his second, Dominic Raab, who asked the opponents to "respect" the "democratic result" of the vote. Raab himself acknowledged, yes, that he doubts that there is a candidate with a sufficiently solid plan and with majority support to lead the party, a reason that, according to some analysts, could be behind the vote of some Tories in favor of the premier, that is, not so much because of conviction but because of the lack of real options that would allow a powerful figure to be brought to a general election.

And although the prime minister insisted that now it is necessary to turn the page and leave behind the scandal of the illegal parties in Downing Street, the truth is that this soap opera is not over yet, since in a few weeks the next investigation related to the 'partygate' will begin ', specifically on whether Johnson lied to Parliament by denying that Covid-19 rules were broken in government offices. To this is added that the elections are approaching in two traditionally conservative constituencies and whose results will be a thermometer for conservative voters. Raab played down the matter by saying that "partial elections are often an opportunity for a protest vote" and considered that "incumbent governments often lose in local elections" and then win in general elections. "But we will do everything we can to win those two seats," he said.

Meanwhile, the premier has to put his tightrope walking skills to use if he doesn't want to repeat the story of Theresa May, who four years ago won the vote on her own no-confidence motion by 200 to 117, less than Johnson's. but she was still forced to resign shortly after, in May 2019. Her immediate plan is to put on the table the agenda with which she will work on key issues, such as the increase in the cost of living, the energy crisis and the health or the Northern Ireland protocol, but the challenge is enormous. Tobias Ellwood, one of his biggest critics, warned that he only has "a few months" to turn around the gloomy picture that has been evident after Monday night, but concluded that Johnson will only continue as prime minister for a few more months, until the party conference in October.

Former Conservative leader William Hague wrote in The Times that Johnson should leave so the party can start anew. "While Johnson survived the night, the damage done to his role as prime minister is serious," he noted. “Words have been spoken that cannot be taken back, reports have been published that cannot be erased, and votes have been cast that show a higher level of rejection than any Tory leader has ever endured and survived. Deep down, he should recognize that and focus on getting out in a way that spares the party and the country such agonies and uncertainties."

Labor leader Keir Starmer called it "grotesque" that the Tories were finally throwing their support behind someone who had "no sense of duty". "The Conservative Party now believes that breaking the law is not an impediment to making the law. The Conservative Party now believes that the British public has no right to expect honest politicians," he said. For his part, the leader of the Scottish nationalists in Westminster, Ian Blackford, warned Johnson that "democracy cannot be ignored" and pointed out that, in the face of a "remarkable" result like this, "anyone else would have left." .

1 The EU agrees on a common framework to ensure "decent"... 2 Planas once again shows its opposition to segregating... 3 Beef cattle farmers and citrus growers, the biggest... 4 End of an era? The 'Big Three' out of the... 5 Denmark accuses UK seaman of causing a fatal collision... 6 All you need is one plug: EU will require a common... 7 Who owns the treasures of sunken ships like the galleon... 8 The Benidorm hotel industry refutes the "propaganda"... 9 Three cases in Toledo of the false outrage scam: "The... 10 Russian colonels criticize Putin and the military... 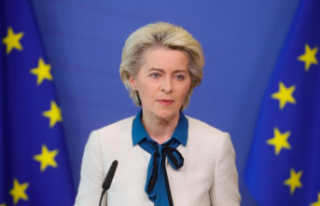 The EU agrees on a common framework to ensure "decent"...