UGT Castilla-La Mancha has increased its representativeness in the autonomous community in the last year by 11 percent and has also improved in affiliation with a rise of approximately 15 percent in the last 365 days. 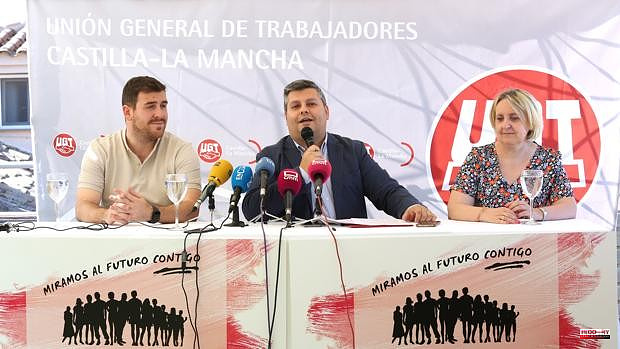 UGT Castilla-La Mancha has increased its representativeness in the autonomous community in the last year by 11 percent and has also improved in affiliation with a rise of approximately 15 percent in the last 365 days. This has been revealed in the course of an informative breakfast by the regional secretary of the union, Luis Manuel Monforte, who has praised the work of the union delegates to achieve increased representation. In this sense, he has valued the fact that UGT is the first union force in Guadalajara. "Our delegates work every day to be so in the rest of the provinces and Guadalajara has set the standard for us and how we have to do things."

Asked about the keys to having achieved these results in the last year, Monforte said that it was due to three things: "work, work and work". "We have changed the way of working and we have approached the workers and the real problems of the people, being a closer union than we were."

In this sense, he pointed out that the union has undertaken in the last year in the region "an ambitious" process of training delegates, multiplying these actions in training on occupational hazards, equality and communication by four, a point in which it has put in value the creation of "a real" press office, which did not exist before.

It has also shown that work has been done in three major areas: Women, with more than 20 workshops on equality plans and the creation of the women and equality area; Young people, to learn about their problems and with the creation of RUGE Castilla-La Mancha; and Environment, aware of climate change and that it can lead to the loss of thousands of jobs if it is not addressed, which is why the union has established the 2030 agenda and has carried out several awareness workshops on the Sustainable Development Goals.

UGT has also focused in the last year, according to its regional secretary, on the problems of the most disadvantaged groups in the region and among them those structurally unemployed that account for 33 percent in the region -of them 60 percent women- . "The union has realized that we have to work for them and advocates that active employment policies take them into account in their design."

Monforte has indicated that the team currently leading the UGT in Castilla-La Mancha set out to make an important change to the union after a year and a half of the pandemic and a manager. "We set out to be close to the people, to the delegates, to listen to us and listen to them," he said, to remember that he himself comes "from the mud", from "pure" unionism, from holding elections and from the negotiating tables. He has also highlighted that this last year “important” things have happened in the labor market such as the pension agreement, the rise in the minimum wage and the labor reform; while in the region "important and firm" steps have been taken in terms of agreements in employers, unions and the Board, in order to lay "the foundations" of recovery.

That is why, after highlighting that the best unemployment figures in the region since 2008 have recently become known, he highlighted the fact that in the region there is talk of social dialogue and there is understanding between employers and unions, which has considered attractive for companies to settle in Castilla-La Mancha and for job creation.

«A year ago we looked to the future with uncertainty but with great enthusiasm and 12 months later we do it head-on, with determination and satisfied with the fruits that we have begun to reap. As Nelson Mandela said, 'it always seems impossible until it's done', and we're doing it. UGT has been and will be the union of Castilla-La Mancha », he concluded.

Despite all this, and to questions from the media, Monforte has pointed out that the employment outlook for the fall is not "idyllic" with Castilla-La Mancha being the most inflationary region in the country, recalling that on Thursday he will be in Madrid, next to the other unions, demanding a wage increase in line with the rise in the standard of living. “We have to ask for wage increases and include clauses in all the agreements so that if this year we cannot raise ten percent, we leave it at four and next year we sit down again and see how they can be raised,” He has added, to point out that if there is no agreement with the employers at the state level, autumn will be "warm".

1 Junts will propose to their bases whether to continue... 2 The Toledo Consortium increases the aid for housing... 3 Carmen Mola, at the meeting of reading clubs of the... 4 The ABAU starts in Galicia with the 'return to... 5 The uncertain future of Boris Johnson, a wounded winner 6 The EU agrees on a common framework to ensure "decent"... 7 Planas once again shows its opposition to segregating... 8 Beef cattle farmers and citrus growers, the biggest... 9 End of an era? The 'Big Three' out of the... 10 Denmark accuses UK seaman of causing a fatal collision... 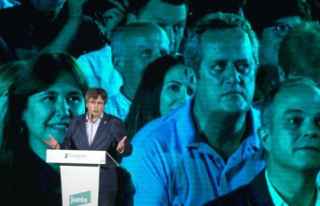 Junts will propose to their bases whether to continue...