He is, without a doubt, the king Midas of musical theater and one of the great composers of the genre in the last half century. 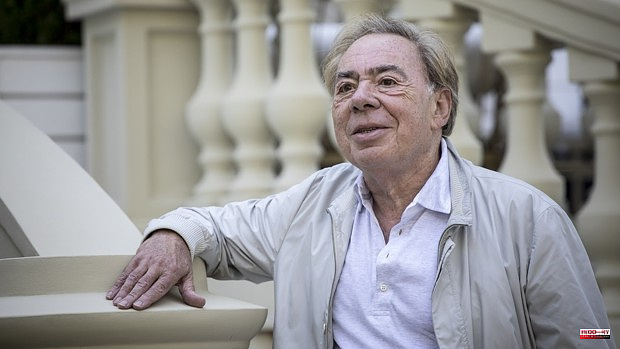 He is, without a doubt, the king Midas of musical theater and one of the great composers of the genre in the last half century. 'Jesus Christ Superstar', 'Evita', 'Cats', 'The Phantom of the Opera', 'Sunset Boulevard'... are the credentials of Andrew Lloyd Webber, who has also been, for years, one of the great magnates of the London's West End (where he competes with producer Cameron Macintosh, with whom he has worked on occasion).

Sir Andrew Lloyd Webber (London, 1948), son and brother of musicians, wrote his first composition at the age of nine. Attracted from a young age by the world of theater, he met in 1965 the then aspiring writer Tim Rice (the two were 17 and 20 years old, respectively). Together they wrote 'The Like of Us', 'Joseph and the Amazing Technicolor Dreamcoat' and what would be their first big hit: 'Jesus Christ Superstar', first premiered in New York in 1971 (the music had been previously released on an album by great success) and later in London, in 1972.

It spent eight years on the bill there and was the cornerstone of Lloyd Webber's career. The New York production, which deeply displeased the composer - like the recent film version of 'Cats', as he confessed yesterday in Madrid: "I hated it" - encouraged him to control the productions that were made of his works, and in 1977 he created The Really Useful Company. From then on, montages of his works became franchises, and had to be reproduced exactly the same as the original montage.

Lloyd Webber's 'empire', based on some twenty musicals, also extends to seven of its own theaters in the West End: The Other Palace. Adelphi, Cambridge, Gillian Lynne, Her Majesty's, Palladium and Royal Drury Lane (London's oldest working theatre, and the one that has undergone a recent refurbishment). According to his website, his shows have sold more than three hundred million tickets in 148 countries and have won more than three hundred awards. His latest creation is 'Cinderella' ('Cinderella'), a musical premiered in August 2021 – the pandemic forced it to close a year earlier after several previous ones – and which was on the bill for a year.

1 Antonio Banderas, from a friend's sofa to Broadway 2 At least 46 immigrants found dead in an abandoned... 3 The Board promotes the sale of 247,000 square meters... 4 The Copernicus service reduces the calcined hectares... 5 Three trucks leave from Spain with aid for the museums... 6 Contemporary airs for traditional music 7 What pensions rise with the new government measures... 8 At what time do the cuts occur on the A-2 for the... 9 Streets, bus lines and roads closed: this is how the... 10 International experts will meet in Valencia to discuss... 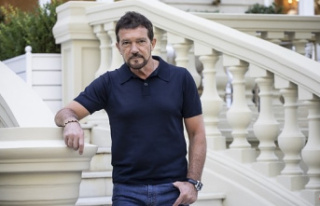 Antonio Banderas, from a friend's sofa to Broadway