Three trucks left at noon this Monday from Coslada (Madrid) on their way to Poland on a mission in the purest style of the 'Monument Man'. 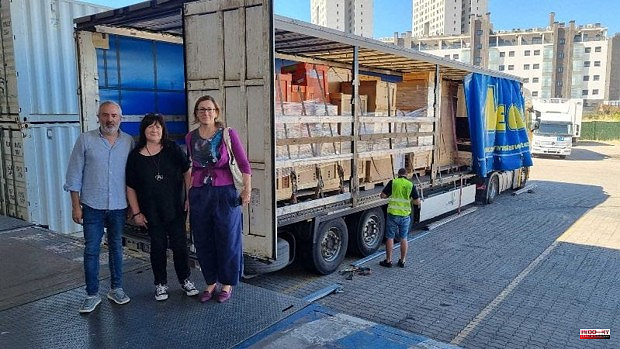 Three trucks left at noon this Monday from Coslada (Madrid) on their way to Poland on a mission in the purest style of the 'Monument Man'. Loaded with 200 cubic meters of boxes and 12,500 kilos of protection materials, their objective is to offer their help to the museums of Ukraine to safeguard the works of art they guard, in danger due to the war unleashed after the Russian invasion that was 125 days old yesterday. .

"From ICOM we are very happy that so much heritage protection material has been collected to distribute among the museums in Ukraine that need it," said Teresa Reyes, president of ICOM Spain in a note.

Other museums, institutions and individuals have contributed to this project through financial donations, including the Professional Association of Museologists of Spain (APME), School of Conservation and Restoration of Movable Property of Catalonia, Museu d'Arqueologia de Catalunya Ullastret, Museu Arqueològic of the Crack or Museum of the Pitcher of Argentona, among others. Following a proposal from the Museum Service of the Generalitat de Catalunya to include a solidarity fund for museums in Ukraine, different donations have been received from Catalan museums.

The works of art transport companies SIT, Feltrero, EDICT and TTI have acted as collection points for materials throughout Spain (Madrid, Barcelona, ​​Salamanca and Granada) which have subsequently been taken to the warehouses of one of them. In the SIT offices in Coslada (Madrid) the load has been centralized and prepared, organizing it on pallets.

Correos has chartered the trucks and has fully financed one of them, while the other two have been financed by ICOMOS Spain and ICOM Spain.

The three trucks left yesterday around two in the afternoon bound for the warehouse of the Government Agency for Strategic Reserves located in the city of Komorowo (Poland).

1 Contemporary airs for traditional music 2 What pensions rise with the new government measures... 3 At what time do the cuts occur on the A-2 for the... 4 Streets, bus lines and roads closed: this is how the... 5 International experts will meet in Valencia to discuss... 6 Half a thousand Toledo participate in the annual pilgrimage... 7 The forceful 'zasca' on Twitter from a Spanish... 8 The imputation of Mónica Oltra remains in the hands... 9 Mount Teide celebrates 15 years as a World Heritage... 10 Rapper Kase.O announces "indefinite" retirement... 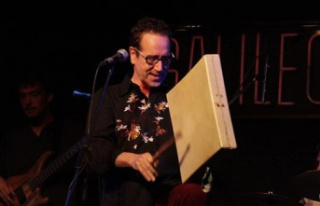