The Copernicus Emergency Management Service has confirmed this Monday the data obtained through satellite images that evaluates the area affected by the fire of the Sierra de la Culebra, in the province of Zamora, in 25,216 hectares. 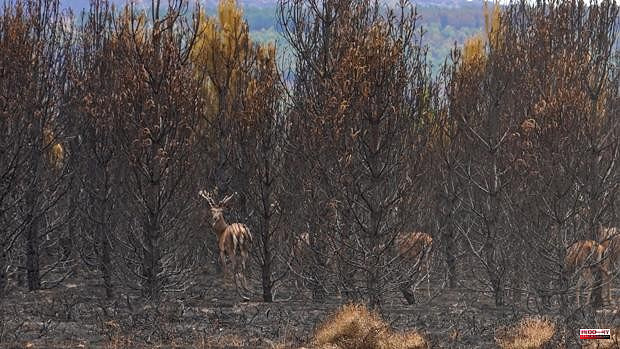 The Copernicus Emergency Management Service has confirmed this Monday the data obtained through satellite images that evaluates the area affected by the fire of the Sierra de la Culebra, in the province of Zamora, in 25,216 hectares.

This is unofficial data, since it will be the Junta de Castilla y León that will provide the definitive perimeter data, but it shows a significantly lower balance than the one that was pointed out a week ago and raised the area burned to 30,000 hectares .

The Copernicus evaluation has been carried out by capturing satellite images last Saturday, June 25, and has yielded this data of 25,216 hectares of affected vegetation, with which the Sierra de la Culebra fire would remain as the most serious in the history of Castilla y León, ahead of La Paramera, in Ávila, which affected almost 22,000 hectares in August 2021.

According to the unofficial Twitter account @eforestal, within this area of ​​more than 25,000 hectares (42 percent of the extension of the municipal term of Madrid), the flames have burned 5,811 hectares of forests; 16,949 hectares of scrub, 1,233 hectares of pasture and 86 buildings.

In addition, according to Copernicus, it has affected 14.7 kilometers of pipes and communication and electricity lines.

1 Three trucks leave from Spain with aid for the museums... 2 Contemporary airs for traditional music 3 What pensions rise with the new government measures... 4 At what time do the cuts occur on the A-2 for the... 5 Streets, bus lines and roads closed: this is how the... 6 International experts will meet in Valencia to discuss... 7 Half a thousand Toledo participate in the annual pilgrimage... 8 The forceful 'zasca' on Twitter from a Spanish... 9 The imputation of Mónica Oltra remains in the hands... 10 Mount Teide celebrates 15 years as a World Heritage... 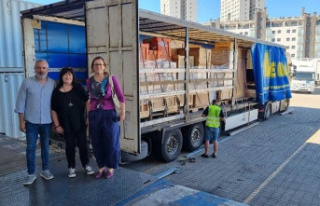 Three trucks leave from Spain with aid for the museums...