At least 46 immigrants were found dead this Monday in the trailer of a transport truck on the outskirts of San Antonio, Texas, in the worst tragedy of its kind in memory in the US. 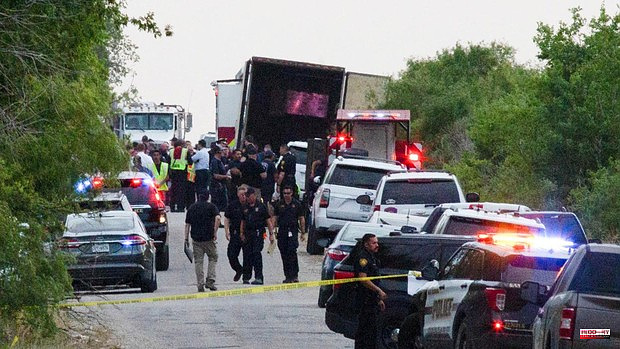 At least 46 immigrants were found dead this Monday in the trailer of a transport truck on the outskirts of San Antonio, Texas, in the worst tragedy of its kind in memory in the US.

The bodies were found in the cargo compartment and in the surrounding area. More than a dozen immigrants traveling in the same truck managed to survive and were being treated Monday night at area hospitals. The driver had fled and the authorities have not yet found him.

The vehicle was located by agents from Homeland Security Investigations, a branch of the Customs and Border Police (ICE, known as 'la migra' in Hispanic immigrant communities), on a little-traveled highway in the vicinity of interstate highway 35, one of the main communication and trade routes between Mexico and the US.

The area where the truck and the victims were found is a common spot where passengers are dropped off by coyotes, human smugglers who help migrants cross the border illegally.

It is common for these criminal organizations to facilitate the transfer of immigrants from different points in Central America and Mexico to the border, give them instructions to cross it illegally, and pick them up on the other side of the border to transfer them to important population centers for let them go on their way.

At the moment the authorities have not determined the cause of death, but the heat that it was yesterday in this area of ​​southern Texas could be a determining factor in the death of immigrants. The thermometers exceeded 38 degrees yesterday, in the middle of a month of June with temperatures close to historical records.

The heat was the factor that triggered another similar tragedy in 2003 in Texas, in Victoria, 185 kilometers southeast of San Antonio. The driver of a truck transporting undocumented immigrants did not put the refrigeration system on the load behavior and when he opened it after finishing the trip he found 19 deaths due to dehydration and overheating.

Another ten people died in a similar way, also in San Antonio, in July 2017. About two hundred people were traveling in that truck.

"These deaths are due to Biden," the governor of Texas, Republican Greg Abbott, reacted on Twitter, giving the first details about the victims. “They are the result of his tragic open border policy. They show the deadly consequences of his refusal to obey the law».

The incident bathes in tragedy the immigration crisis that the Biden Administration is experiencing. In the spring months and at the beginning of the summer there is always an increase in the number of undocumented immigrants, but this year it is breaking all records, above the levels -which were already record- of last year. Border police arrests are on track to cross the two million threshold, up from 1.73 million in 2021. In May alone, nearly 240,000 immigrants were detained, an all-time record.

1 The Board promotes the sale of 247,000 square meters... 2 The Copernicus service reduces the calcined hectares... 3 Three trucks leave from Spain with aid for the museums... 4 Contemporary airs for traditional music 5 What pensions rise with the new government measures... 6 At what time do the cuts occur on the A-2 for the... 7 Streets, bus lines and roads closed: this is how the... 8 International experts will meet in Valencia to discuss... 9 Half a thousand Toledo participate in the annual pilgrimage... 10 The forceful 'zasca' on Twitter from a Spanish... 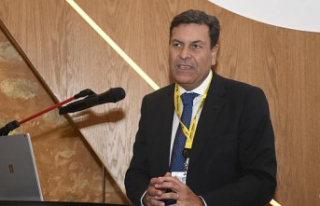