When Nacho Román and the rest of the members of the Néxodos collective contacted the musicians who wanted them to be part of their new musical project, they only gave them one guideline, «that they interpret a piece of traditional Castilian folklore with their sound practice». 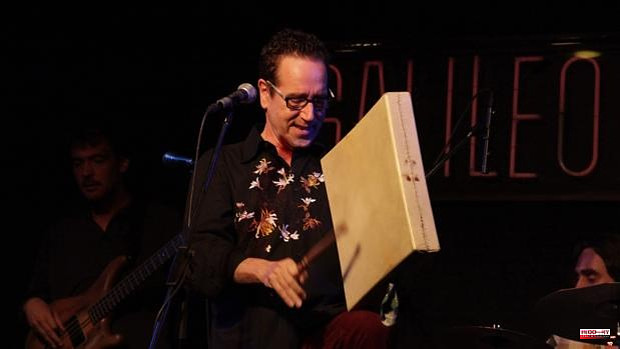 When Nacho Román and the rest of the members of the Néxodos collective contacted the musicians who wanted them to be part of their new musical project, they only gave them one guideline, «that they interpret a piece of traditional Castilian folklore with their sound practice». This message was the germ of 'Monte sonoro. In the peripheries of folklore', the sixth album that the aforementioned group releases on the market with its record label 'Vestíbulo'.

The work, explains Nacho Román himself, coordinator of the project, is a choral review of the sound tradition of Castilla y León from an experimental perspective. In this way, 'Monte sonoro' brings together ten unpublished compositions made by a dozen artists or groups that re-read the sound roots of our autonomous community.

A "multifaceted look" in which the approaches start from practices as diverse as contemporary music, jazz fusion or indie pop, among others.

The songs are based on an "absolutely personal" selection: "Some have drawn from songs that were closest to them and others from those songs that could fit better with their sound practice," adds Román.

This is the case of the Brazilian Edson Zamponha, "who has used a key instrument such as the dulzaina to compose a completely unpublished piece". He is joined by Nacho Román himself, in a duet with Vanesa Muela, or Alejando Martínez Parra, «within his practice closest to the investigation of memory he has proposed a piece in which he puts many friends remembering a specific song» . Eliseo Parra with the Mei Project, David Duyos, Oihan, Carlos T. Mori, David Herguedas, Chema Alonso and Dío Caracola complete the album, whose cover is a painting by the Burgos artist Julián Valle.

The coordinator defends that each musician has marked his style «and even pieces of well-known voices such as those of Eliseo and Vanesa seem groundbreaking to me».

Nacho Román would love this project to serve to bring traditional music closer to a public far from it: «If it can serve as a bridge to unite two very separate worlds such as traditional folklore and experimentation, then great».

'Néxodos' is a group dedicated to developing contemporary creation projects linked to peripheral territories. Established in 2018, it is made up of 14 members with multidisciplinary skills in the field of art and culture, whose activity is mainly focused on Castilla y León and Asturias.

Román says that the idea of ​​​​the new record work was born before the pandemic broke out, but during 2020 and 2021 it was stopped and it was in 2022 "when it started resoundingly." With the album just arrived "from the factory", the idea they have is to start their presentation "after the summer, during the last quarter of the year".

1 What pensions rise with the new government measures... 2 At what time do the cuts occur on the A-2 for the... 3 Streets, bus lines and roads closed: this is how the... 4 International experts will meet in Valencia to discuss... 5 Half a thousand Toledo participate in the annual pilgrimage... 6 The forceful 'zasca' on Twitter from a Spanish... 7 The imputation of Mónica Oltra remains in the hands... 8 Mount Teide celebrates 15 years as a World Heritage... 9 Rapper Kase.O announces "indefinite" retirement... 10 The BNG equates Sánchez with Vox for defending the... 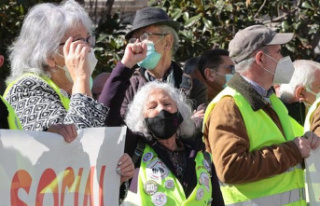 What pensions rise with the new government measures...