The night of San Juan in La Coruña, the first without restrictions after the Covid-19 pandemic, has ended with the arrest of four people. 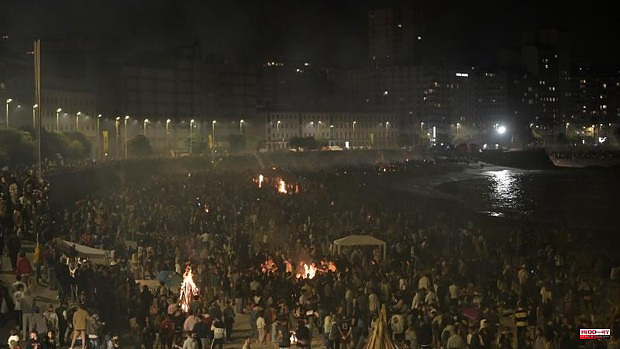 The night of San Juan in La Coruña, the first without restrictions after the Covid-19 pandemic, has ended with the arrest of four people. Two of them were arrested for alleged sexual abuse - allegedly touching -, one of them minors, on Orzán beach and Barré de la Maza avenue. The other two detainees are accused of attacking law enforcement officials. The events took place, respectively, in Riazor and in Rúa Socorro.

In a statement, the City Council of La Coruña highlights that it launched three Violet Points in San Juan for cases such as the first two mentioned. These three attention spaces against sexist violence, through which 674 people went to get information, certified two complaints of sexual violence without physical aggression.

In the case of La Coruña, where there is a strong tradition for the celebration of San Juan, the estimates of the Local Police indicate that, at times of greatest influx, up to 125,000 people gathered on the beaches of Riazor, Orzán and Matadoiro, in addition to another 80,000 who celebrated in the different neighborhoods. The concerts by Miss Caffeina and Los Mecánicos contributed to increasing the influx, according to the City Council.

Despite the concentration of people, the number of assistances from the emergency device decreased by 17% compared to the 2019 celebration. In total, the security services carried out 124 assistances: 19 for injuries; 15 due to trauma; 22 for burns, and 26 for alcohol poisoning. There were also 18 transfers to medical centers, none for serious causes.

The mayor of La Coruña, Inés Rey, thanked this Friday for the work carried out by the 600 members of the security device deployed by the city throughout the night to avoid greater evils.

For her part, the Councilor for the Environment and Sustainability, Esther Fontán, has addressed the provisional balance of waste collection after San Juan, "with the forecast of more positive results than in 2019". In addition, Fontán has thanked the public for the "respect" shown to the beaches and green areas.

If in La Coruña there were two detainees, in Vigo there was also an alert for an alleged episode of sexual abuse recorded last night in Samil. Sources consulted by Europa Press have confirmed that the National Police is investigating this case.

The events occurred around one-thirty in the morning, when two men offered drinks to two young people, both of legal age, who shortly after began to feel ill. One of the young women would have also reported pain in the genital area, so the matter is being investigated.

Regarding the balance of incidents, municipal sources consulted by Europa Press have specified that in Vigo almost 60 tests were carried out in relation to alcohol consumption, of which five were positive - in two cases up to the criminal level and the other three being of administrative fault. In addition, there were three alcohol intoxications. 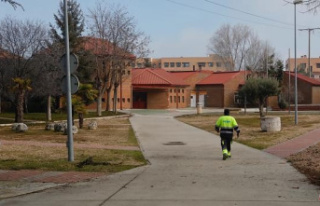 Archived the case of the minor who died after being...