Monkeypox infections in the Community of Madrid have risen to 141 this Friday, while another 40 suspected cases are awaiting the results of the tests, as reported by the Ministry of Health. 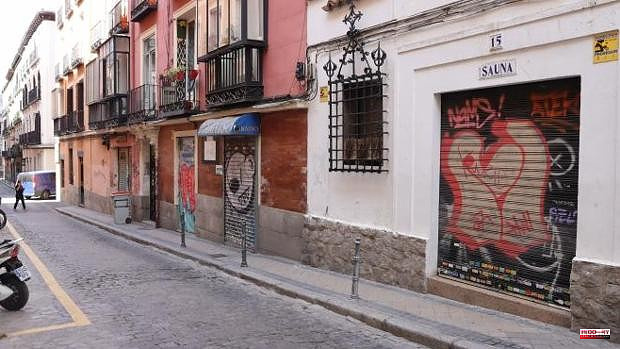 Monkeypox infections in the Community of Madrid have risen to 141 this Friday, while another 40 suspected cases are awaiting the results of the tests, as reported by the Ministry of Health.

In this way, this Friday two new positives for 'monkeypox' are recorded in the region, while another 40 suspected cases of this zoonotic viral disease caused by the monkeypox virus (MPXV) are awaiting results from the analyzes that are being carried out in the Microbiology laboratories of five Madrid public hospitals and the National Microbiology Center (CNM) of the Carlos III Health Institute (ISCIII).

All this, after the tests carried out on the presence of orthopoxvirus (the group of viruses responsible for smallpox) have ruled out another 101 cases.

Based on these intervals, the department headed by Enrique Ruiz Escudero considers that the peak of the epidemiological curve has been reached, although the General Directorate of Public Health of the Ministry of Health continues with the work of epidemiological surveillance and tries to reach the ' patient zero' for the location and control of transmission.

According to the first indications, the cases in Madrid are related to several transmission chains, one of which would be related to a sauna in the capital that has been closed preventively. Likewise, the Community continues to investigate if there are cases related to the celebration of Maspalomas Price 2022, held in Gran Canaria between May 5 and 15. A massive event that during its last weekend brought together more than 80,000 people from various countries, including the United Kingdom or Italy.

During an appearance at her own request before the Health and Consumption Commission of the Congress of Deputies, the Minister of Health, Carolina Darias, announced the arrival this Thursday of a "few" treatments of the antiviral tecovirimat against monkeypox, as well as the reception "imminently" of some 200 doses of the Imvanex vaccine, from the Danish pharmaceutical company Bavarian Nordic.

A vaccine that the Community of Madrid has insistently demanded in order to control the virus. In this sense, it emphasizes that its administration in the first four days after contact would completely eliminate the disease and, from the fourth day to the fourteenth, those symptoms would be greatly attenuated.

The World Health Organization (WHO) has indicated that, for now, it does not believe that mass vaccination against this smallpox is necessary and has insisted on the importance of monitoring the disease and of informing and educating citizens in order to protect themselves against the disease. illness.

1 The Imserso de Podemos that ruins hotels: 22 euros... 2 Arrested in Gerona the owner of 57 mutilated fighting... 3 Bulgarians, Hungarians and Slovaks do not blame Putin... 4 The untold story of Pedro Acosta 5 The PPdeG accuses Sánchez of «disconnecting Galicia»... 6 20 years of internment in a psychiatric hospital for... 7 Kuwait Protests US Embassy's Pro-Gay Propaganda 8 Romeu: "Barça's wage bill is 560 million,... 9 Nadal - Zverev, live today: Roland Garros 2022 match,... 10 Cristina Pedroche and the albornoz that promises to... 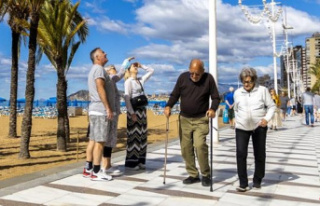