The Imserso de Podemos that ruins hotels: 22 euros a day with full board, wine and free Wi-Fi

A net price of 22 euros per person and day for full board with water and wine included, free Wi-Fi, heating and air conditioning and all the services of a four-star hotel. 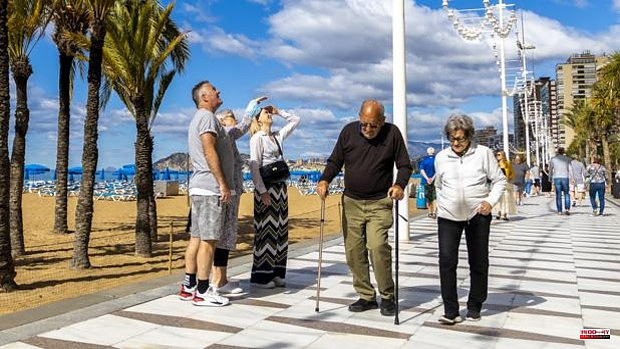 A net price of 22 euros per person and day for full board with water and wine included, free Wi-Fi, heating and air conditioning and all the services of a four-star hotel. The hoteliers of Benidorm are on a war footing due to the conditions imposed by the Government for the Imserso program. The Hosbec employers have denounced that the rates raised by the Ministry of Equality directed by the leader of Podemos Ione Belarrra lead them to "ruin" and therefore demand her resignation.

The Government has chosen to extend the Imserso program with prices that do not take into account the effects of the runaway inflation suffered by Spain.

Benidorm has historically been one of the preferred destinations for users of Imserso trips for the last forty years.

However, the tourism businessmen of the Alicante town consider it unsustainable to maintain the service with the parameters set by the Ministry of Equality.

For Toni Mayor, president of Hosbec, the Ione Belarra department "disparages, ignores and condemns to ruin the hoteliers who have worked for more than 40 years in what was a successful vacation program that has shared so much happiness among the elderly. Spaniards and such good economic results has meant for the public coffers ».

Entrepreneurs from Benidorm, who offer nearly twenty percent of Imserso places throughout Spain, argue their position with data. Thus, labor costs in the sector have increased by 4.5 percent. Meanwhile, the costs of food and drinks have skyrocketed by twenty percent. Added to all this is the escalation in energy prices, which make it unaffordable for hotels to maintain Imserso rates at 22 euros that force them to include hot and cold air service in the rooms when the price paid by companies for electricity and gas have increased by 150 percent.

In this context, the Hosbec employers' association denounces that "not even the specifications provide for the updating of contributions, both from the State and from the user to the IPC, so the announced freeze has a devastating effect on the tourism industry."

The Generalitat Valenciana has positioned itself in favor of Benidorm's businessmen. In this regard, Francesc Colomer, regional secretary of Tourism of the Government chaired by the socialist Ximo Puig, considers the position of the Ministry of Ione Bellara to be an "error", which in his opinion clearly risks "the viability of the Imserso trips" due to lack sensitivity and reflexes.

This Friday at the Spanish Tourism Council held in Madrid, the Generalitat has again transferred the "discomfort" shown by the Valencian hotel sector and has requested "dialogue to be able to correct a program that rests on the losses of the tourism sector, and that's unsustainable."

1 Arrested in Gerona the owner of 57 mutilated fighting... 2 Bulgarians, Hungarians and Slovaks do not blame Putin... 3 The untold story of Pedro Acosta 4 The PPdeG accuses Sánchez of «disconnecting Galicia»... 5 20 years of internment in a psychiatric hospital for... 6 Kuwait Protests US Embassy's Pro-Gay Propaganda 7 Romeu: "Barça's wage bill is 560 million,... 8 Nadal - Zverev, live today: Roland Garros 2022 match,... 9 Cristina Pedroche and the albornoz that promises to... 10 A wild boar bites a woman on a beach in the Alicante... 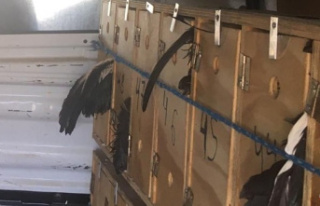 Arrested in Gerona the owner of 57 mutilated fighting...