Romeu: "Barça's wage bill is 560 million, double that of Bayern" 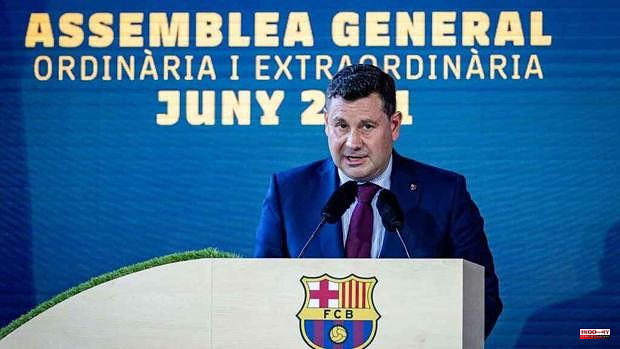 Barcelona's situation is alarming, especially economically. The economic vice president of the Catalan club, Eduard Romeu, has recognized the club's need to generate extraordinary income to balance the balance. One of the first measures will be to ask the players to lower their salary or defer it. He explained it in an interview granted to the radio station Rac1, while assuring that "there are better offers than those of CVC with LaLiga" and blamed Javier Tebas for the bad financial moment that the club is going through.

«Barcelona has a parallel offer to CVC in which it would enter practically the equivalent amount, about 270 million euros in the middle of the term. CVC and other funds offer you the possibility of transferring ten percent of television rights for 25 years," explained the manager, who acknowledged that "Bank of America could be one of the options."

However, Romeu assured that the Barça club has no intention of giving up more than that ten percent for television rights. “I don't know if we will reach 270 million euros, but we will stay quite close. What we do not want is to mortgage ourselves for 50 years », he warned.

He also referred to the relationship that Joan Laporta maintains with Javier Tebas, who is not going through his best moment. «He has told us that if we sign his agreement with CVC we will have one thing and, if we don't, we will have another. We have a problem. It is not normal that a person who is an employee of LaLiga is to kill with the two main shareholders, Barça and Real Madrid », he explained. And he accused the president of the employers: "Thebes is co-responsible for the situation of Barça, he has looked the other way."

Romeu also addressed the activation of the economic levers that must be approved in the Assembly on June 16. It would mean the sale of 49.9% of Barça Licensing

He did not hide numbers when analyzing the salary mass of the workforce. "Mateu Alemany has achieved a reduction of 150 million euros, but it is still not enough because the wage bill right now is 560 million, practically double that of Bayern Munich." In this sense, he was realistic about his interest in Robert Lewandowski: «Right now it is not possible to sign him as the LaLiga regulations are. But if we manage to enter triple his salary and amortization, it would be possible ».

1 Nadal - Zverev, live today: Roland Garros 2022 match,... 2 Cristina Pedroche and the albornoz that promises to... 3 A wild boar bites a woman on a beach in the Alicante... 4 Catholic Schools asks to postpone the implementation... 5 Air Nostrum recovers its flights between Valencia... 6 Almeida's right-hand man testifies in the mask... 7 Jovi Lozano-Seser wins the XXVII edition of the Enric... 8 The big party for the Tagus begins in Safont 9 Mazón: «The mascletàs stay in the Plaza de los... 10 The 55th Valladolid Book Fair kicks off, "the... 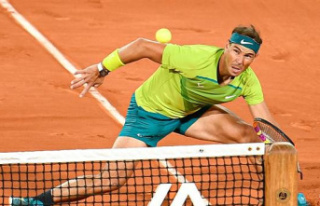