Bulgarians, Hungarians and Slovaks do not blame Putin for the invasion of Ukraine

The communication of the Kremlin continues to be a fundamental reference for the population of countries bordering Ukraine or in the area of ​​influence of the former Soviet Union. 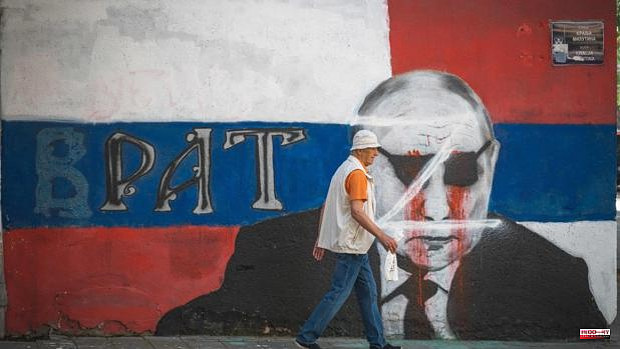 The communication of the Kremlin continues to be a fundamental reference for the population of countries bordering Ukraine or in the area of ​​influence of the former Soviet Union. Nearly half of those polled in Hungary, Bulgaria and Slovakia do not attribute primary responsibility for the war to Russia, as the party responsible for the invasion of Ukraine, according to the latest survey by the Bratislava-based group Globsec. This institute regularly conducts comparative opinion polls in nine Central and Eastern European countries, and this year the questions focused on Ukraine.

The investigation was carried out in late March and April, more than a month after the Russian invasion, and one of the questions was: Who do you think is responsible for the war in Ukraine? Only 51% of Slovaks, 50% of Bulgarians and 48% of Hungarians blamed Russia.

These percentages are far below their counterparts in other Central and Eastern European countries, where Latvia is next on the scale for the lowest proportion of respondents who blame the Kremlin for the invasion, at 61%.

Another of the questions in the survey helps to determine the state of public opinion in these countries: "Who do you think is primarily responsible for the war?" In both Slovakia (28%) and Bulgaria (26%), many blame "the West, which provoked Russia", as well as in Hungary (18%). In the latter country, 18% chose as their answer: "Ukraine, which oppressed the Russian-speaking part of the population." This same answer was chosen by 12% of the respondents in Bulgaria, by 10% of the respondents in Slovakia and by 9% of the respondents in Estonia.

These latest data base their explanation on the fact that, before the war, the governments of Budapest and kyiv were in conflict over the rights of minorities since the Ukrainian parliament adopted in 2017 the law "to ensure the functioning of the Ukrainian language as a state language', which according to Budapest tramples on the rights of the inhabitants of Transcarpathia.

Like this one, other narratives blaming the West for the events in Ukraine were already present in these countries before the war. By the end of January, more than 44% of Slovaks were already saying in polls that the US and NATO were responsible for the increased tension in Ukraine. "The distorted view of certain segments of the population about events in Ukraine, combined with the possible economic difficulties ahead, could leave these vulnerable groups as potential targets for populist and autocratic leaders," concludes the GLOBSEC analysis, which It also suggests these percentages as a cushion to support the positions that certain governments are maintaining regarding European sanctions. During the latest negotiations on the European embargo on Russian oil purchases, Hungary led a group of countries concerned about the economic consequences of banning Russian imports.

The result has been that Hungary, Slovakia and Bulgaria benefit from the exemptions and the result is a much more watered-down sanction than the authorities in Brussels expected. The Hungarian historian Ferenc Laczo recognizes the power of Russian communication behind the results of the polls, but also points out the existence of economic reasons and political strategy. "Traditionally, Hungarian nationalism looked towards Europe, towards Germany, and saw Russia as a less civilized power, but Orbán preferred to ally himself with Putin rather than with Merkel in a shift made in 2014, when he signed a series of collaboration contracts with Moscow. , among them the expansion of the Paks nuclear power plant, a project of 12,500 million euros, "he recalls, "and Orbán has decided to remain in a position of neutrality regarding this war that has brought him important electoral benefits."

Furthermore, no one escapes the predicament enjoyed in these territories by Russian media such as the Russia Today (RT) chain, with its multiple news formats and 18 million followers on Facebook, and the state news agency Sputnik, created in 2014 by a Putin decree, owned by the Russian Government and with a news web platform in more than thirty languages ​​"to counter Western propaganda."

1 The untold story of Pedro Acosta 2 The PPdeG accuses Sánchez of «disconnecting Galicia»... 3 20 years of internment in a psychiatric hospital for... 4 Kuwait Protests US Embassy's Pro-Gay Propaganda 5 Romeu: "Barça's wage bill is 560 million,... 6 Nadal - Zverev, live today: Roland Garros 2022 match,... 7 Cristina Pedroche and the albornoz that promises to... 8 A wild boar bites a woman on a beach in the Alicante... 9 Catholic Schools asks to postpone the implementation... 10 Air Nostrum recovers its flights between Valencia... 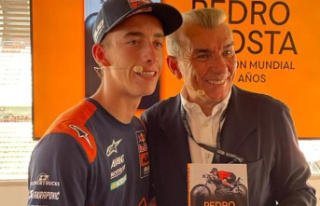 The untold story of Pedro Acosta