In recent times, every style that Cristina Pedroche wears, even beyond New Year's Eve Bells, seems to be a hit and so the presenter herself encourages her followers by giving clues on social networks and warming up engines to create expectation and pique the curiosity of many others. 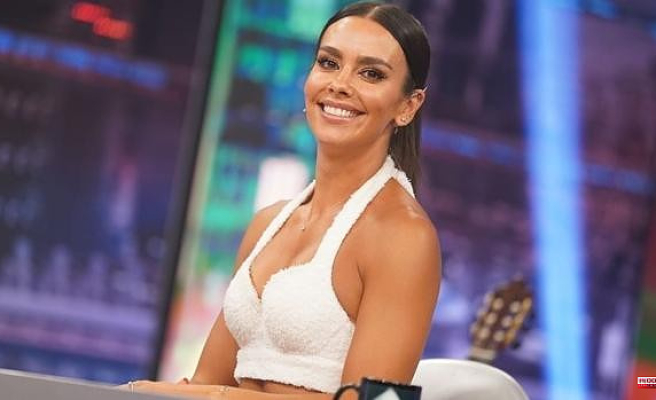 In recent times, every style that Cristina Pedroche wears, even beyond New Year's Eve Bells, seems to be a hit and so the presenter herself encourages her followers by giving clues on social networks and warming up engines to create expectation and pique the curiosity of many others. . The presenter's visit to 'El Hormiguero' to promote the program 'Love Island', which she hosts, was no exception. Throughout the day, Cristina was giving clues on her Instagram account until it was time for her television appearance to reveal, once again, a striking look.

On this occasion, Pedroche appeared on set in a white bathrobe to end up taking it off during his initial dance and giving way to a set of shorts and a top of the same fabric.

The styling in question was made to measure for her and was the work of the Spanish brand Malne, a firm behind which are Paloma Álvarez and Juanjo Mánez, two well-known luxury prêt-à-porter and couture design professionals whose work It has been required by the most prestigious Spanish fashion firms.

From the firm itself they are very proud of having been able to dress the presenter and they transmit it this way on their social networks: «We love this design created exclusively for a muse as authentic as Cristina Pedroche. Thank you Cristina for trusting Malne. Both the set and the bathrobe are made of terry toweling, according to the creators.

This material known as 'terrycloth', terry cloth or plush typical of towels and bathrobes seems to be triumphing in recent months among fashion experts and promises to become one of the main fabrics of the summer along with linen or esparto grass.

A fabric with a peculiar finish that molds to the silhouette and at first glance seems really comfortable. The great fashion designers already advanced it on the catwalk, from David Koma with a collection inspired by the world of tennis that included some garments with this fabric; to Bottega Veneta that led him to star in its summer accessories line. On the 'low cost' level, Zara or Mango have also made their bet with different garments and accessories with this towel fabric and even Kim Kardashian herself predicted it by launching with her brand 'Skims' a line with different 'total looks' made up of this type of clothing in different versions and colors.

1 A wild boar bites a woman on a beach in the Alicante... 2 Catholic Schools asks to postpone the implementation... 3 Air Nostrum recovers its flights between Valencia... 4 Almeida's right-hand man testifies in the mask... 5 Jovi Lozano-Seser wins the XXVII edition of the Enric... 6 The big party for the Tagus begins in Safont 7 Mazón: «The mascletàs stay in the Plaza de los... 8 The 55th Valladolid Book Fair kicks off, "the... 9 Musk plans to fire 10% of Tesla staff for a "super... 10 Dave Smith, father of 'MIDI' and synthesizer... 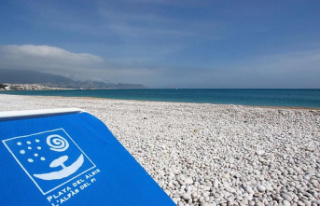 A wild boar bites a woman on a beach in the Alicante...