Arrested in Gerona the owner of 57 mutilated fighting cocks

It happened during a routine traffic control, when the Mossos d'Esquadra spotted a van that was traveling at high speed but, when it ran into the patrol of agents, it slowed down. 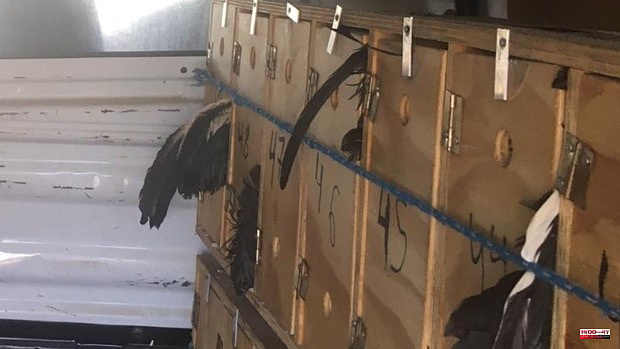 It happened during a routine traffic control, when the Mossos d'Esquadra spotted a van that was traveling at high speed but, when it ran into the patrol of agents, it slowed down. The police officers suspected the driver's attitude and stopped him. It was thus, during the search of the vehicle, that they located 57 mutilated fighting roosters, for which the troops arrested a 47-year-old man, who traveled to the place, assuring that he was the owner of the animals. He is accused of an alleged crime of animal abuse.

The driver, who was driving on the AP-7, at the height of Gerona, did not know, like the owner, to justify either the origin or the destination of the animals, whose breed, Spanish, is the usual one, they indicate from the Body , of illegal cockfighting.

When members of the Regional Environment Unit traveled to the scene, along with a veterinarian, they determined that the birds had mutilated crests, loss of plumage and large spurs.

According to the Catalan Police, each of these copies can reach 700 euros on the black market. Three people were traveling in the vehicle, now investigated by the Mossos for the same crime. In addition, they were sanctioned for not having authorization for the public transport of goods and doing so without animal control documents.

After being placed at the disposition of the Investigating Court in Gerona duty, the detainee has been released with charges. The roosters are in storage, waiting for the judge to determine what to do with them.

1 Bulgarians, Hungarians and Slovaks do not blame Putin... 2 The untold story of Pedro Acosta 3 The PPdeG accuses Sánchez of «disconnecting Galicia»... 4 20 years of internment in a psychiatric hospital for... 5 Kuwait Protests US Embassy's Pro-Gay Propaganda 6 Romeu: "Barça's wage bill is 560 million,... 7 Nadal - Zverev, live today: Roland Garros 2022 match,... 8 Cristina Pedroche and the albornoz that promises to... 9 A wild boar bites a woman on a beach in the Alicante... 10 Catholic Schools asks to postpone the implementation... 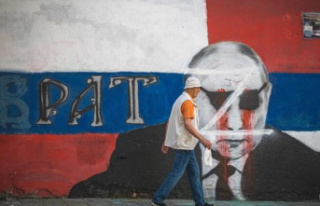 Bulgarians, Hungarians and Slovaks do not blame Putin...