The untold story of Pedro Acosta

Pedro Acosta already has his book, the one that collects the feat carried out last season, when at only 16 years old he was crowned world champion in Moto3, beating all records. 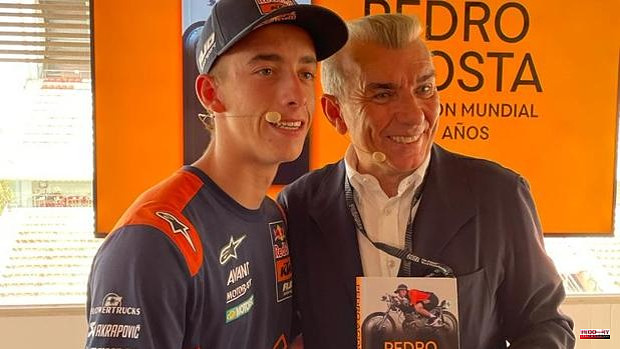 Pedro Acosta already has his book, the one that collects the feat carried out last season, when at only 16 years old he was crowned world champion in Moto3, beating all records. The pilot presented the book together with its author, the former pilot and journalist Jaime Alguersuari, who was surrounded in the act by several of the collaborators who have participated in the literary work, edited by RBA. Sete Gibernau, Alex Crivillé, Carlos Checa or Sito Pons, were with the two protagonists, as well as prestigious motoring specialist journalists. The book narrates the unexpected victory of a 16-year-old boy in the 2021 Moto3 World Championship, thus becoming the youngest motorcycling champion in history

. "Pedro Acosta, the 'Shark of Mazarrón', a boy from a simple family of Murcian fishermen, has shown that he has the talent to stand out in a tremendously competitive sport where everyone has the dream of being champions, but very few achieve it", Alguersuari explains.

With the title “The 17-year-old world champion. The never told story", the RBA publishing house publication, which has 192 pages and costs 18 euros, traces the career of the young rider, who last Sunday won his first Grand Prix in the Moto2 category, until he became the youngest Spanish world champion in history. Acosta arrives in Montmeló after showing that he is ready to compete in the intermediate category. In fact, the man from Mazarrón acknowledges that Montmeló is a circuit that "I like and I suppose it could go well with the Moto2 bike." “We have been doing a good job in the last races and finally the victory is the result of our effort”, he assures.

Visibly self-conscious, Acosta did not want to stand out during the presentation, leaving all the prominence for Alguersuari. "They do this from a book to those who have been there for a long time," the Murcian pilot almost apologized, assuring that "the important thing is not to fight for the World Cup but to enjoy it." The man from Mazarrón aroused laughter from the crowd when he stopped Alguersuari from explaining: "Don't tell everything, otherwise people won't buy the book." Today he will try to give the author reasons to write a new and glorious chapter in Montmeló.

1 The PPdeG accuses Sánchez of «disconnecting Galicia»... 2 20 years of internment in a psychiatric hospital for... 3 Kuwait Protests US Embassy's Pro-Gay Propaganda 4 Romeu: "Barça's wage bill is 560 million,... 5 Nadal - Zverev, live today: Roland Garros 2022 match,... 6 Cristina Pedroche and the albornoz that promises to... 7 A wild boar bites a woman on a beach in the Alicante... 8 Catholic Schools asks to postpone the implementation... 9 Air Nostrum recovers its flights between Valencia... 10 Almeida's right-hand man testifies in the mask... 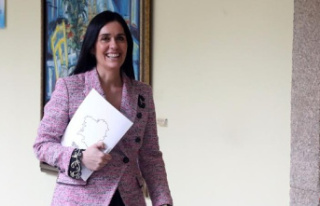