The National Police is looking for the woman who yesterday, around 12 noon, abandoned her newborn son – he was only a few minutes old – on Padre Piquer Avenue, in the Latina district. 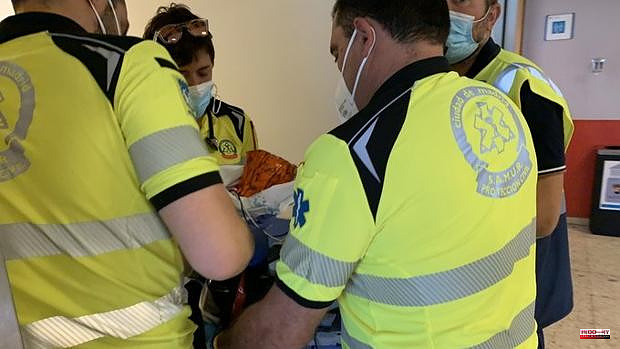 The National Police is looking for the woman who yesterday, around 12 noon, abandoned her newborn son – he was only a few minutes old – on Padre Piquer Avenue, in the Latina district. The parent may face a crime of attempted murder.

The alert voice was given at 12:33 p.m. by a woman who was walking in the area, after hearing the cry of a baby on the ground near a building. The child, who had not been alive for more than an hour according to the toilets, was wrapped in a blanket and still had remains of the umbilical cord and amniotic fluid.

The victim showed the first signs of hypothermia, according to emergency sources, so the rapid discovery and medical treatment were essential to prevent his death. After examining and stabilizing him, the health workers transferred him to the October 12 Hospital in good condition, where more medical tests and a comprehensive examination are being carried out.

The National Police also went to the enclave, which was cordoned off to collect evidence, and is now in charge of clarifying what happened and locating the parents of the newborn. The agents spoke yesterday with the woman who found the little boy and with residents of the Aluche neighborhood in case they had seen who abandoned him.

1 Ghost kitchens, 'coliving' and the 'green... 2 View Queen Elizabeth, Age 1, Side-by-Side With Her... 3 Watch Jake Gyllenhaal enter a strange world in the... 4 Luis Enrique's defensive problems: Spain's... 5 The inner journey of Cancook, the Michelin star from... 6 The Euribor breaks forecasts and already reaches 0.5% 7 Investment secrets so that inflation does not 'eat'... 8 Don Juan Carlos will not return to Spain next weekend 9 The crime of Esther López, doomed to file due to... 10 Feijóo will have seven minutes in front of Sánchez... 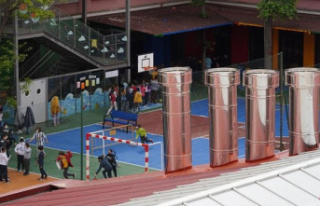 Ghost kitchens, 'coliving' and the 'green...