The crime of Esther López, doomed to file due to the delay in the expert

The crime of Esther López, whose body was found on February 5 in a ditch in Traspinedo (Valladolid) is at a standstill. 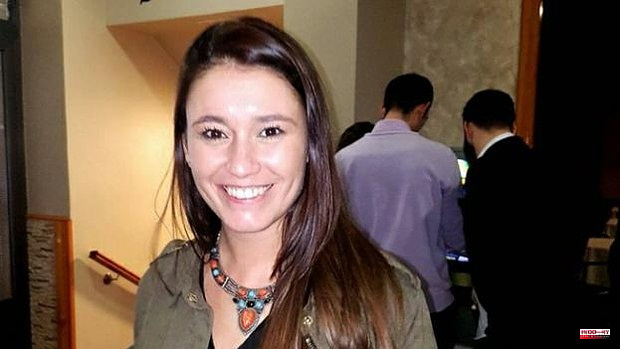 The crime of Esther López, whose body was found on February 5 in a ditch in Traspinedo (Valladolid) is at a standstill. With three men under investigation -one of them the main suspect Óscar S.M. released after giving a statement-, the case seems doomed to provisional dismissal due to the lack of progress and the delay in the expert reports.

The head of the Court of Instruction 5 of Valladolid issued an order on May 19, to which ABC has had access, in which she asked several units of the Civil Guard to send "as soon as possible" the reports found pending in the case «or, where appropriate, report the reasons that prevent compliance».

The response of the UCO, signed by the colonel of this Central Unit who heads the investigation of the crime, is forceful, according to the sources consulted. They explain that they have not finished their reports, that they have more than twenty cases like the Trapinedo one in the process of being prepared and that they lack sufficient means to carry them out because these reports are very complex (referring to the study of the telephone terminals and the data from geolocation of the suspect's car).

In the answer to the judge, the colonel alleges that there are few personnel, few means, the technical difficulty of the expert evidence, the high workload of the departments under his charge and the need to have available resources in case they need to be activated. The command details that the reports that refer to the study of the vehicle of the main investigated (a Volkswagen T-Roc allegedly involved in the hit or transfer of Esther's body) require personnel with "high technical training to retrieve geolocation data" vehicle.

Both in this case -Esther's- and in the rest -they admit- they usually take more than a year. And that is the reason why the threat of provisional dismissal hovers over the crime so that the deadlines do not run while these technical studies are completed. There is another added element: the first detainee -Ramón J.G.F., who was released with precautionary measures, already lifted-, and Lucio Carlos G.D., another friend of Esther, also continue to be investigated in the case.

The judge requested a response from the Telematic Crimes Group, the Technological Operational Support Group (GATO), the Traffic Accident Reconstruction Team and the Criminalistics Service. The first two belong to the UCO. He also officiated at the company SEADA, specialized in the technical verification of vehicles and a collaborator of the State Security Forces and Corps, which was authorized in an April 12 order to analyze the navigation module of the car owned by Óscar S. M., friend of the victim and main suspect. The Civil Guard had already expressed their suspicions that the on-board computer of the car in which Esther was last seen had been manipulated.

The designated SEADA judicial expert has indeed forwarded part of his expertise in which he reaches two conclusions, in the absence of two specific data that he does not yet have. One, the manipulation of the vehicle with two dates of deletion of information of all the breakdowns of the car and two, an attempt to clone the key and programming, "without success". In other words, this information indicates that Óscar S.M. twice tried to delete the data of the navigation module and clone the key.

The Civil Guard had requested the support of this expert, a specialist in data extraction through diagnosis and multimedia systems. They asked him to extract all the data from the electronic repositories of tourism, inspect its exterior as well as "the chassis and organs" that may have suffered some damage, or have been replaced or repaired, in the conviction that the Volkswagen was involved in Esther's run over.

In parallel, collaboration was requested from Volkswagen. The answer from Germany is that this specific device installed is not manufactured by them, but imported from Poland, so the data is still pending. The SEADA expert is in contact with both the Civil Guard specialists and the manufacturer, via Interpol. His conclusions can dismantle the version of the man who said he knew nothing. 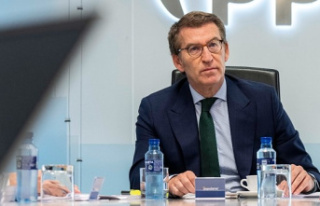 Feijóo will have seven minutes in front of Sánchez...