Jan Kuchta also had a feast. 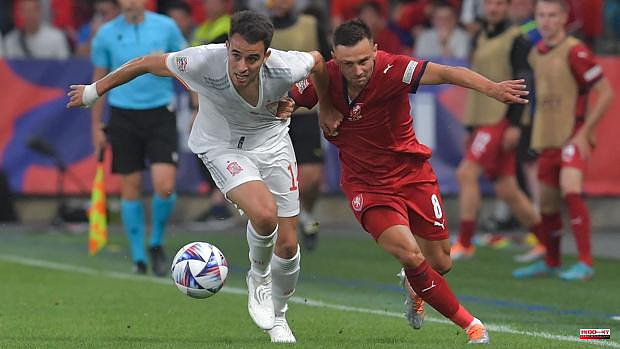 Jan Kuchta also had a feast. Like Isak or Lewandowsky, like so many others. The Czech Republic centre-forward took advantage of a defense that is a slippery slope, the weakest point of an often convincing side. Luis Enrique's Spain, which stands out for his ability to gain possession and attack the most powerful rival, but also for his weakness at the back, for the ease that opponents find, no matter how small, to cause holes . Four years after the arrival of the Asturian coach, the national team is still bleeding from the same place.

This time it was a back problem that left the selection in evidence. It had already happened.

So much so that it was studied by the Czech Republic, which based its anti-Spain plan on that, on quickly recovering and seeking space behind a blatantly advanced defense, clumsy in executing offsides and vulnerable as soon as the pressure on the ball from the other lines is not executed with the necessary energy and punctuality. Kuchta, who is not Usain Bolt or Mbappé, 25 years old, 1.84 tall, a center forward who signed for Lokomotiv Moscow in January and continued to play there despite the war, gained meters of advantage by sheer precision, the gift of the measure to know at what moment to exploit the uncheck and escape. Without any opposition. Like someone chewing gum.

Up to three times he planted himself with insulting comfort against Unai the Czech after a maneuver almost from the center of the field, thanks to Spain's determination to throw the line far away and open a freeway behind him. The first time, minute five, Pesek accompanied him to make the resolution easier. No one put pressure on the deep pass taker, who he drove unimpeded down the right and threw the long ball when he figured it suited him. Carvajal helped with his confusion, he stayed nailed to break the offside. Goal. 1-0.

The second Kuchta missed his aim. But the passer, this time from the other band, received the same facilities and the forward similar permission to escape. It was not a goal. But his third loss was, when Cerny anticipated a poor delivery by Marcos Alonso and immediately sought depth. Then the error of Eric García appeared, one of the usual suspects, to blunder in the cut and make way for the goal against.

Spain has a problem. Luis Enrique reduced it to imbalances whose diagnosis he wants to give after watching the game on video. And that Iñigo Martínez approached without waiting so long: not going out to the game with due attention, silly loss of balls, very soft back and inexplicable inability to respond to a play as simple as sending balls to the back.

The evil possibly points to the approach, a team that bases its defensive set-up on own possession and real risk. In getting ahead, living in the opposite field and risking everything not to make mistakes in the distribution, in the pressure to bother the rival's cons and in the appropriate tilt in case of emergency. But, clearly, those errors that penalize the attacking recklessness of the team are reproduced regularly. And they are not limited to back pain: they are also noticed in the melee against large attackers, from above and below, in dribbles, in mistakes for always going out with the ball played... The feeling of fragility is generic and affects many luck of the art of defending.

There is also the choice of players, about which Luis Enrique insisted on Sunday that he had no doubts, but which fuels the debate outside day after day. For example, the questionable level of selection of players like Eric García, who has not made merits neither in his club, Barcelona, ​​nor in his performances with Spain, to keep the position. Luis Enrique has tested many since his arrival, but he hasn't changed for a long time. He has found his team. That from behind he relies above all on Laporte, the most reliable of the central defenders, absent in this League of Nations mini-marathon, and who often plays on the wrong foot. A left-handed center back on the right, an exotic note on which Luis Enrique usually insists. Pau Torres, Iñigo Martínez when he accepts and Diego Llorente as a helpful patch form the block of confidence in the middle of the defense. Neither is among the best in the world at the position.

Is there more to choose from? The discussion is there, but the reality is that Spanish football is not going through a good moment with central defenders. Nacho or Mario Hermoso, vindicated one day, do not measure up. With Albiol, who has also had a formidable year, Luis Enrique does not dare. To Sergio Ramos, physical problems, at least, have left him out. And Piqué moved away himself, although he hints behind his back that he wants to return. There are no alternatives to bring down the unreliable ones that are.

On the left side there is more abundance and security, although Marcos Alonso was out of tune on Sunday. And the right has been another headache. The Marcos Llorente experiment did not work, except to confuse the player. Azpilicueta's trump card was slow in coming, but when he did, he did give the team a plus. And Carvajal has experienced the process of his physical deterioration, as in Madrid. If he's in shape, it's a guarantee, even if against the Czech Republic he made it 1-0 inappropriately. Other rarer bets by Luis Enrique have not knocked down the door either.

So what is not carburette, alert of defects and errors to the minimum and before anyone, but there is not much else to look for either. And the approach is non-negotiable, because it has also shown that it can work when executed with collective attention in all positions, times and places. It requires total concentration, it punishes you at the slightest mistake, but it can be done. The way Luis Enrique has chosen to risk his safety with a coin in the air.

1 The inner journey of Cancook, the Michelin star from... 2 The Euribor breaks forecasts and already reaches 0.5% 3 Investment secrets so that inflation does not 'eat'... 4 Don Juan Carlos will not return to Spain next weekend 5 The crime of Esther López, doomed to file due to... 6 Feijóo will have seven minutes in front of Sánchez... 7 The war in Ukraine positively affects Latin American... 8 Singapore Prime Minister promotes a likely successor... 9 AP Exclusive: Russia returns bodies to steel mills... 10 Official from the US vows to 'forcefully respond'... 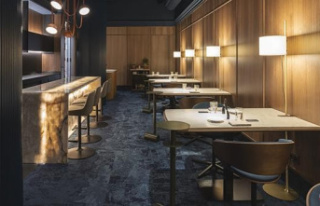 The inner journey of Cancook, the Michelin star from...