Don Juan Carlos will not return to Spain next weekend

Don Juan Carlos will not return to Spain this coming weekend. 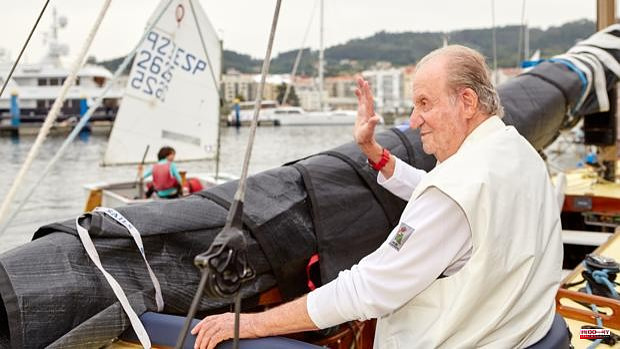 Don Juan Carlos will not return to Spain this coming weekend. After fifteen days of speculation and contradictory information, the absence of police movement and of a security device in Sanxenxo four days after the alleged arrival of Felipe VI's father in Galicia, supports the information to which this newspaper has had access in the last days, which indicate that the second trip of Don Juan Carlos to Spain will not take place this week.

When Don Juan Carlos boarded the private jet that took him back to Abu Dhabi on May 23, Felipe VI's father conveyed to his closest friends his intention to return to Sanxenxo this coming weekend.

He wanted to attend the seventh edition of the regatta that bears his name and which began in 2015, when Don Juan Carlos began competing aboard the sailboat Acacia in the 6 Meter category.

After the competition, which will last all weekend, the King's father planned to travel to Madrid for a few days to visit family and friends and return to Sanxenxo the following weekend for the final of the world championship. From the International Airport of Vigo-Peinador, already on June 18, he would start the trip back to Abu Dhabi, where Don Juan Carlos has decided to establish his permanent residence.

Once the emotions of having returned to Spain for a few days had been digested, of the warm welcome in Sanxenxo and of having enjoyed the company of his friends and the freedom that sailing gave him, Don Juan Carlos -already cold- preferred to let the a little more time until your second visit.

Yesterday precisely two weeks have passed since Felipe VI and Don Juan Carlos spoke at the Palacio de la Zarzuela «about different events and their consequences in Spanish society since the King's father decided to move to Abu Dhabi on August 3, 2020 », As indicated by the House of His Majesty the King in a statement distributed on May 23 at 9:20 p.m., once the King's father left the Zarzuela.

This "conversation on family matters" between son and father lasted "a long time." It was around four hours, as sources from Zarzuela reported to ABC.

The need for prudence in the future was the main key in the messages that Felipe VI conveyed to his father. In addition, for future visits, an excessive exposure of Don Juan Carlos would be avoided.

The King's father remained in La Zarzuela for eleven hours, from ten in the morning until nine at night. It was the first meeting with Felipe VI since he settled in Abu Dhabi. The House of H.M. the King preferred not to distribute any image given its private and family nature. The reunion in La Zarzuela was "family", typical of the "private sphere", it was reiterated.

The statement recalled a decision that Don Juan Carlos transmitted to his son in the letter he sent him on March 5: "His decision to organize his personal life and his place of residence in private spheres, both during his visits and when the future would return to reside in Spain, to continue enjoying the greatest possible privacy».

In Sanxenxo they will have to wait for the return of Don Juan Carlos. It is not ruled out that it could be the first weekend of July, when a new test (the fourth) of the Spanish sailing cup will take place.

1 The crime of Esther López, doomed to file due to... 2 Feijóo will have seven minutes in front of Sánchez... 3 The war in Ukraine positively affects Latin American... 4 Singapore Prime Minister promotes a likely successor... 5 AP Exclusive: Russia returns bodies to steel mills... 6 Official from the US vows to 'forcefully respond'... 7 Prada de la Sierra returns to 'exist' 8 The Government sees Siro in a "critical situation"... 9 Nadal's foot treatment: "The key is to hit... 10 Australian central bank raises interest rate for the... 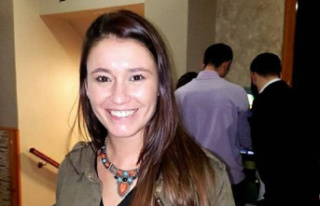 The crime of Esther López, doomed to file due to...