The inner journey of Cancook, the Michelin star from Zaragoza with a Cuban accent and hand

Ramsés González was born in Havana on Christmas 1991 and Diego Millán in the middle of the dog days, that same year, in Zaragoza. 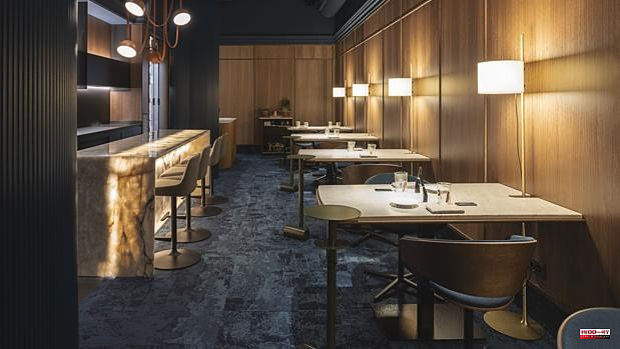 Ramsés González was born in Havana on Christmas 1991 and Diego Millán in the middle of the dog days, that same year, in Zaragoza. They are the chef and head of the room, respectively. The second is also a cook by training. Diverse origins and a common vision for gastronomy led them to achieve in 2019 one of the two Michelin stars that the city of Zaragoza has with Cancook – the other is La Prensa. His professional and sentimental life began at the same time and has grown to become one of the outstanding examples of success before the age of 35. They have just moved to the center of the capital, rather than returning to the area where they started. Later they managed to set up a place in the heart of the La Romareda neighborhood, next to the same bars where Real Zaragoza goals are shouted on Saturday matches.

A syncretism between the Cuban and the hyperlocal marked Ramsés's beginnings in cooking until he developed an interest in the environment that he shows off in his restless proposal. "We are restless asses," they both confess. Stillness is something that does not fit well with this young tandem that has faced two moves in just over a decade and a demanding job to convert the premises of an old hamburger restaurant into a place where "losing time references". This is how Ramsés tells ABC sitting in the brand new I D kitchen in which they offer the first aperitif to the diners who, for a few weeks, have been receiving in the new space at Calle León XIII 2-4.

They are 270 square meters divided into two floors with high ceilings that some points reach four meters and three kitchens -including the one mentioned- for a total of 25 diners. Few diners for an experience based on what they call 'Aragonese Geographical Cuisine'. A small door, like that of a house, opens to receive the diners at each table in a personalized way.

“We start by receiving the customer at the main plant, where a reverse tour will be carried out to continue the route that the product takes. First, a stop will be made in the pantry to show the products that will be tried on the menu that day, the route continues by entering the I D kitchen where a first aperitif is offered and then moving on to the cellar – half a thousand references that it manages directly Millán–, where he waits for another bite and the liquid references selected for that day are shown. From there you will be accompanied to the room to continue the experience », he explains. There, a visible bar acts as an open kitchen for the diners, where they finish some dishes.

This proposal involves giving prominence to the products and traditions of the region. Both Ramsés and Diego have been touring the Aragonese territory for years to get to know first-hand the producers who feed their pantry and who perform in their kitchen. From the seasonal vegetables – borage, Swiss chard, peas or tomatoes, depending on the season – that come from the nearby orchards that surround the capital, to the mushrooms that are harvested in the area. Especially interesting is the work that both carry out around the enhancement of native breeds such as the La Fueva brass, a type of pig raised in freedom in the Aragonese Pyrenees with which they present, among other 'snacks', an Iberian waffle.

Trout, eel, sardines, herring on the barrel or conger eel are some of the fish that Ramsés and his team work with. All of them have an emotional link with traditional Aragonese cuisine, with its flavor, but not with its forms. For example, they bring to the table a curious 'ramen' infused with eggplant noodles that each diner 'cooks' on their own plate. Aragonese raw material and an international formula.

“Aragón is the map that we follow to find the best raw material, that is why we hope that you enjoy the best that our region offers us and the best that we can do: cook”, it says in the minutes of the two menus that they offer: Festival –18 passes, 120 euros with the possibility of wine harmony for 80 euros– and Grand Menu –14 passes and 90 and 60 euros, respectively–.

1 The Euribor breaks forecasts and already reaches 0.5% 2 Investment secrets so that inflation does not 'eat'... 3 Don Juan Carlos will not return to Spain next weekend 4 The crime of Esther López, doomed to file due to... 5 Feijóo will have seven minutes in front of Sánchez... 6 The war in Ukraine positively affects Latin American... 7 Singapore Prime Minister promotes a likely successor... 8 AP Exclusive: Russia returns bodies to steel mills... 9 Official from the US vows to 'forcefully respond'... 10 Prada de la Sierra returns to 'exist' 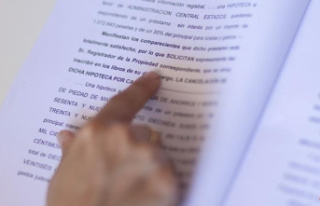