'There is no food': Russian soldiers are forced to eat dog meat, Ukraine reports

Russian troops are forced to eat dogs due to food shortages, Ukraine's security service has claimed. 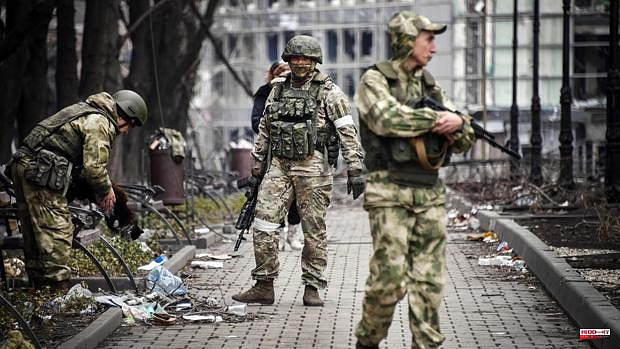 Russian troops are forced to eat dogs due to food shortages, Ukraine's security service has claimed.

The SBU, kyiv's security and intelligence agency, published an exchange of text messages purportedly between two Russian soldiers, in which a military man stationed in the occupied part of the Kherson region near Crimea told his friend that he and other troops had eaten a Yorkshire. "Everything is bullshit. [The Ukrainians] are beating us like children. We eat dogs, there is no food. Today we ate a Yorkie. A Yorkshire terrier," said the soldier, according to information from the SBU.

The soldier also sent a text message saying the Russian military had no logistics and "simply can't deliver" the rations, according to the security service.

The SBU added in a statement: "This contrasts sharply with the 'victorious' picture broadcast on Russian television. Faced with the surprised comment of his friend who claims that the media says that 'they only get victories', he replies: 'Let them come here' ».

In late March, the SBU made a similar allegation, claiming it had tapped into a phone call in which Russian soldiers were discussing eating dog meat instead of their ration packs. The troops were "fed up" with the rations they had been given. When a soldier was asked by his family about whether he ate well, he replied: “It's not bad. Yesterday we ate alabai [a breed of shepherd dog found in Central Asia]. We wanted some meat."

There have been multiple reports of food shortages and low morale among Russian soldiers since President Vladimir Putin launched the invasion of Ukraine on February 24. In March, just a few weeks after the conflict, the magazine 'New Lines' reported that Russian troops positioned on the outskirts of kyiv were begging the local population for food.

1 Ukraine will resume its league in August 2 Manuel Francisco Reina wins the XXXII Gil de Biedma... 3 Mónica Oltra asks the TSJ not to charge her for managing... 4 Policies to promote Basque have harmed the English... 5 The National Court prohibits the captain of Villa... 6 Two minors under the age of 15 and 17 arrested after... 7 The Alicante Provincial Council invests some 80 million... 8 "A heinous crime": a grandfather and his... 9 Elon Musk threatens to terminate Twitter purchase... 10 Visit by Australian leader confirms deeper ties with... 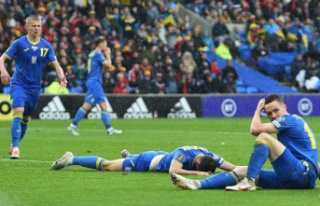 Ukraine will resume its league in August