English is one of the pending subjects of the Basque educational system. 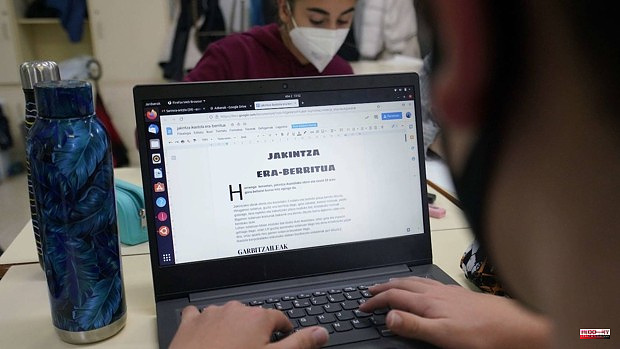 English is one of the pending subjects of the Basque educational system. Experts warn this and the latest studies on the evolution of students' academic performance confirm it. Specifically, the latest Diagnostic Assessment report prepared by the Basque Institute of Education and Educational Research, an entity dependent on the Ministry of Education, warned of a sharp drop in this competence in a generation that was obtaining the worst educational results of the last decade.

Some experts such as Ricardo Arana, a retired teacher and one of the experts who has appeared in Parliament during the elaboration of the educational pact, assure that the lack that exists in Shakespeare's language is "a consequence" of the policies that have been aimed at promoting Basque as the vehicular language and have "forgotten" English.

"There has been more and more pressure for Basque to be the vehicular language," he laments, and this, in his opinion, has translated into "almost exclusive" attention for Basque to the detriment of other languages.

In fact, he points out that one of the mistakes made was having backtracked on the trilingual education project launched by the Government of Patxi López. That legislature, a hundred educational centers launched a pilot experience according to which the three languages ​​became vehicular languages. In other words, 20% of the subjects had to be taught in each of the languages ​​and each school could choose which language to use for the remaining 40% of the teaching time. Arana assures that the experiment showed "important benefits" in the linguistic level of the students by incorporating English as the vehicular language.

However, the change of government meant that the project did not go beyond a mere pilot experience. Since then, there has hardly been any talk of measures to promote the level of English. Only now, within the framework of the educational pact that will serve as the basis for the Basque Educational Reform, has the Department of Education reached an agreement with the union majority to advance the learning of the foreign language and begin teaching it from early childhood education.

However, experts remain reluctant to the usefulness of this measure, considering it more of an advertisement "for the gallery" than a real commitment to English. «There is no scientific evidence of the usefulness of the early introduction of the foreign language, explains Arana. He also warns that there is still no solution to the two major problems that in his opinion hamper teaching in English: the lack of teachers with the C1 level of English and the lack of knowledge about the appropriate methodologies to adapt the use of the language abroad at each educational level. “Mere exposure to a language does not guarantee knowledge of it,” he warns.

1 The National Court prohibits the captain of Villa... 2 Two minors under the age of 15 and 17 arrested after... 3 The Alicante Provincial Council invests some 80 million... 4 "A heinous crime": a grandfather and his... 5 Elon Musk threatens to terminate Twitter purchase... 6 Visit by Australian leader confirms deeper ties with... 7 Di Maria goes on stage 8 Greg LeMond announces he has leukemia 9 The big win for the Cambodian ruling party in the... 10 South African Pastor found guilty of treason and plotting... 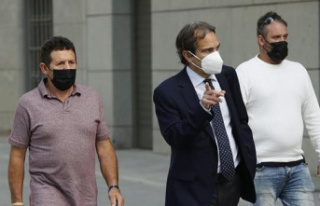 The National Court prohibits the captain of Villa...