Ukraine will resume its league in August

Over the weekend, the Ukrainian team failed to qualify for the 2022 Qatar World Cup. 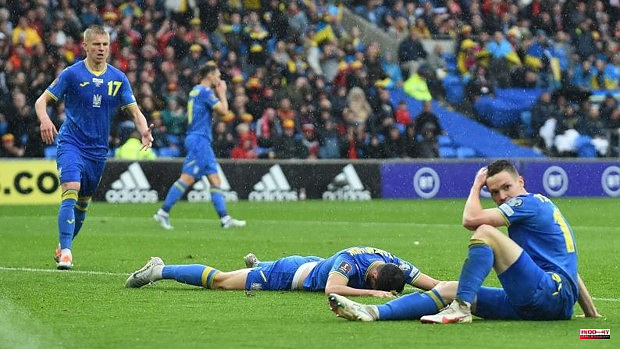 Over the weekend, the Ukrainian team failed to qualify for the 2022 Qatar World Cup. A dream that lasted until the last second, when the referee blew the whistle for the end of an exhausting match, which ended 1-0 for Wales. Many players burst into tears and others fell to the ground, tired and aware of having lost a chance to give happiness to an entire population. In this period of war, a salvation for the Ukrainians has been precisely the selection that had given him "two hours of happiness" as President Volodímir Zelenski had said.

These matches aroused the interest of a people drowned in war and Andriy Pavelko, president of the Football Federation of Ukraine, revealed the details of the talks with Zelensky and the leaders of FIFA and UEFA, about the possibility of finding a way sure to play the men's and women's duels at home.

The previous championship had to be suspended in February due to the Russian invasion and since then no match has been played on Ukrainian territory; the risk of ending up in the middle of the attacks was too high to continue with the competition. In addition, many of the players and athletes prepared themselves and signed up to fight on different fronts to defend their own country. Now, after more than 3 months of conflict, the country's top officials have decided to resume the competitions to bring joy back to a nation that has suffered for a long time.

Russian forces have been sent east and south, fighting has subsided in areas near kyiv, the capital, and elsewhere. This could give hope that football can be played again in this country hit by Russian missiles. "I spoke with our president, Volodymyr Zelensky about how important football is as a distraction," Pavelko said in his interview. His words reflect those of the national team analyst, Abraham Campomar, who confirmed: "Football is a very important social and political platform." The recovery of the league would be a first step towards a return to 'normal', which was interrupted at the end of February. Pavelko met President Zelensky before arriving in Scotland for the semi-final match. Subsequently, a meeting was held with the highest officials in world football: Gianni Infantino, the president of FIFA, with whom he met in Paris while he met with the president of UEFA, Aleksander Ceferin, in Ljubljana (Slovenia), in an area close to the concentration of the Ukrainian national team. The meetings led to a common deal, to resume the local championships. "We talked about how football has great power to help people in the future because they are not in an optimal state of mind right now. So we decided, together with the president, that we could resume the Ukrainian championship in August," Pavelko explained and made it clear that the Federation is determined to resume the competitions, adding that "We will start at all levels in August. The decision was made with the President of Ukraine."

It is not yet clear in which cities of the country it will be possible to play or with which structures, but the discussions continue and the best possible solution for Ukraine will be studied in detail.

1 Manuel Francisco Reina wins the XXXII Gil de Biedma... 2 Mónica Oltra asks the TSJ not to charge her for managing... 3 Policies to promote Basque have harmed the English... 4 The National Court prohibits the captain of Villa... 5 Two minors under the age of 15 and 17 arrested after... 6 The Alicante Provincial Council invests some 80 million... 7 "A heinous crime": a grandfather and his... 8 Elon Musk threatens to terminate Twitter purchase... 9 Visit by Australian leader confirms deeper ties with... 10 Di Maria goes on stage 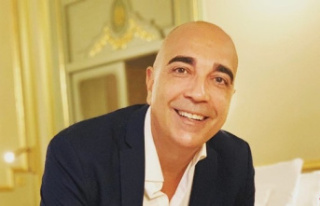