The head of the Court of Instruction number 2 of the National Court, Ismael Moreno, has withdrawn the passport and imposed the obligation to appear fortnightly in court on Juan Padín, skipper of the Villa de Pitanxo ship that sank last February leaving 21 dead, the same which are charged as alleged crimes of reckless homicide and against workers. 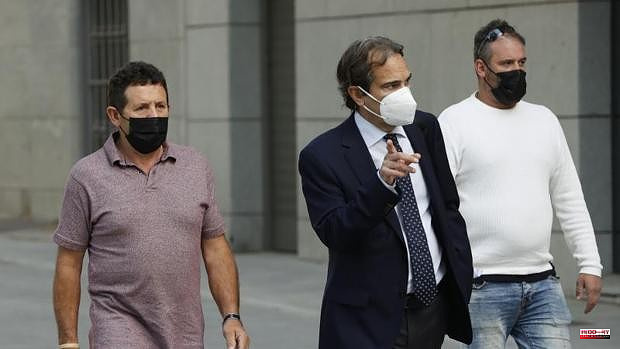 The head of the Court of Instruction number 2 of the National Court, Ismael Moreno, has withdrawn the passport and imposed the obligation to appear fortnightly in court on Juan Padín, skipper of the Villa de Pitanxo ship that sank last February leaving 21 dead, the same which are charged as alleged crimes of reckless homicide and against workers. He will not be able to leave Spain.

In an order issued this Monday, the judge states that in this case, "according to the personal circumstances" of Padín, "confirming in the case the existence of sufficient roots, not appreciating the risk of escape and being the unconditional provisional prison a measure of character exceptional", it is appropriate to agree on a "less burdensome" measure for his rights and for this reason, he is released but with precautionary measures.

As the car explains, the ship, 24 meters long, only had rescue devices for two people in any case, when what appears in the dispatch of the Maritime Captaincy of Vigo is that it left the port with 24 crew members on board, “which allows us to suppose that security measures were lacking” for everyone. She is charged with 21 homicides for gross negligence and crimes against workers.

Padín has appeared as a defendant in this session to which the only other two survivors of the shipwreck, his nephew Eduardo Rial and the Ghanaian sailor Samuel Koufie, have attended as witnesses. During his statement, in which he declined to answer questions from the families' lawyers, he assured that the thermal protection suit that both he and his nephew wore in the sinking, unlike the rest of the crew, was available of all the occupants of the boat and it was the responsibility of each one to equip themselves.

Also, as reported by sources present at the appearance, he has insisted that there was no decision in his hand that would worsen the situation because the problem was a failure of the boat's engine, which stopped dead and not its resistance to releasing the gear. that led the ship to muddy and list to the point of entering water, as Koufie declared before the Civil Guard that raised the first report on his return to Spain from Canadian waters.

The captain has focused on the fact that when the boat stopped, there were people who were resting, including Koufie, but the bulk of the crew was working on deck and that as soon as he saw that water was entering, with the boat already very heeled, he warned danger and gave the three blasts to order abandon ship. He has assured, according to the sources consulted, that he was ordering the crew members over the loudspeaker to put on the safety suit that each one had in his cabin and that he saw people get on board with it in their hands, but when he entered the raft he only he and his nephew were wearing it.

As for the port raft – he was on the starboard one – he explained that he left it in charge of the first officer and the last time he saw it was when the ship sank to the bottom. He does not know if someone was on board or not, he has only been able to say that he called loudly and received no answer. Then he drifted away. Canadian authorities found it empty.

What he has affected is his surprise at the change in Koufie's version, who only explained his vision of the events once he was in Spain and differs radically from his story. For the captain, neither the boat muddy nor that caused the list. Everything had origin in the dry failure of the engine.

According to legal sources, Koufie has maintained his story, at times shocking, in this sense while the boss's nephew, who came as a witness, has chosen to close ranks with his uncle. He has offered the same version: that the engine suddenly stopped and that the suit that protects from the low temperatures in those waters was put on by whoever could or whoever wanted to. However, the same sources emphasize that he has incurred several contradictions.

Koufie is the dissenting line. To questions from the parties, he has denied that the captain gave any order to abandon the ship despite the large amount of water that was already entering because he had completely listed, beyond a "go upstairs!" out loud when it was too late. According to the Ghanaian sailor, part of the crew then went to get the suits and could no longer get on the bridge.

His position is that the ship became muddy due to the refusal to lift the moorings and then listed until water entered. She locates in that and not in another, the moment in which the engine stopped. He, hearing the winches forcing and appreciating that despite this the ship did not turn, went up to the bridge and it was then that he found that it was beginning to list. There were sailors who shouted "Lower the cable", but nothing was done.

Koufie has stated that he does not know if there were suits for everyone or not, but he did witness people who went to look for them in the cabins when it was too late and they could not return to the bridge. He has also reiterated that when he got ashore and also by phone afterwards, the captain instructed him on what to do and what to say: that the engine had stopped, that he had given the order to put on the suits and abandon the ship and that in the Villa de Pitanxo, just that day, a drill had been made. None of this, according to the testimonial of the Ghanaian sailor, was ever true.

1 Two minors under the age of 15 and 17 arrested after... 2 The Alicante Provincial Council invests some 80 million... 3 "A heinous crime": a grandfather and his... 4 Elon Musk threatens to terminate Twitter purchase... 5 Visit by Australian leader confirms deeper ties with... 6 Di Maria goes on stage 7 Greg LeMond announces he has leukemia 8 The big win for the Cambodian ruling party in the... 9 South African Pastor found guilty of treason and plotting... 10 UN nuclear watchdog urges Iran for compliance with... 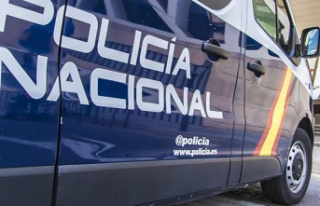