The final report does not attribute individual responsibility for the death of civilians in Baghuz. 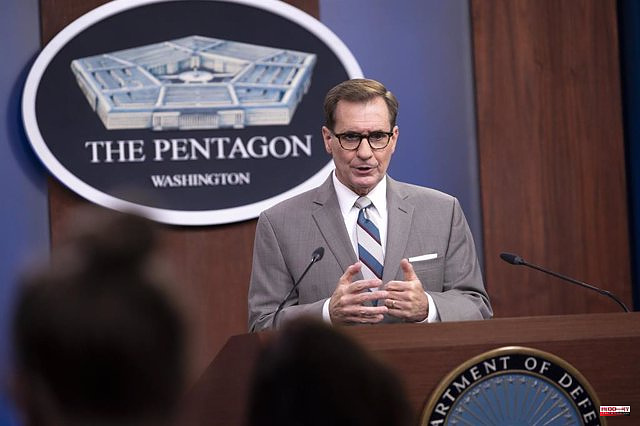 The United States has published the review of the investigation ordered by a US airstrike carried out in Syria during a secret mission in March 2019, whose consequences were covered up by the military authorities themselves.

The investigation of the Baghuz attack, in which dozens of civilians were killed, has been carried out by General Michael Garrett, and has concluded that the initial review was riddled with errors at multiple levels of command, as well as misinformation.

The attack occurred during the last days of the campaign against Islamic State in the town of Baghuz, in eastern Syria. A US F-15E fighter jet dropped two bombs -- one weighing 220 kilograms and the other 900 kilograms -- on a crowd of people, mainly women and children.

According to an investigation by 'The New York Times', during the weeks after the bombing, launched by a special operations unit called Task Force 9 (Task Force 9), "the number of deaths was minimized and the reports classified." After that, the United States announced an investigation to determine the responsibilities of what happened.

"We are taking responsibility for allowing them to see everything. Was anyone fired because of Baghuz? No," Pentagon spokesman John Kirby said, adding that "there was no need to hold anyone personally responsible for what happened that day."

Kirby has assured that, during the investigation, "deficiencies" were found. "I think that, although we don't always do everything right, we try to improve," she said, adding, despite this, that "they take very seriously" the "responsibility" of this attack.

"(Neither) the commander of the Land Force or any person involved in that attack, violated the Laws of War, or acted inappropriately, or acted with malicious intent, deliberately wanted and tried to kill civilians," he explained at a press conference. press.

Asked by the press before the comparisons of the Russian operations and the attack in Syria, Kirby has stressed that "they are not trying to justify anything", since they are reading the results of a review of an incident that occurred three years ago in Syria, with all the "openness and transparency".

“We can go on and on and on about how many thousands of innocent Ukrainians have been killed, wounded and thrown into shelter by a reckless and unprovoked invasion of another nation, in this case Russia. Without discussion or admission of their own culpability Without acknowledgment that they and their soldiers have committed war crimes," he explained.

"The difference is that we are admitting that yes, we did kill some innocent civilians, women and children in 2019, in Baghuz, Syria. It's all out there for you to see. We are admitting that we made those mistakes. That we killed. That our operations are over. in the murder of innocent people," he added.

"You make the best decisions you can in war. Do you get it right every time? No. And that's unfortunate for all of us. We really feel bad about this. But I don't think it's a statement that we're not taking responsibility for." , has sentenced.

The day after the attack, eyewitnesses reported seeing piles of bodies of women and children, but US-led coalition forces cleared the blast site with bulldozers and no one in the military chain of command was informed. correctly about what happened.

Shortly after the attack, the Air Force's lawyer, Lieutenant Colonel Dean W. Korsak, tried to launch an independent investigation to elucidate what happened, understanding that a war crime could have occurred in this attack on Baguz, considered the last great bastion of Islamic State in the country. However, his requests fell on deaf ears.

"Senior US military officials intentionally and systematically circumvented the procedure," the lawyer denounced in an email to the Senate Armed Services Committee. "I am exposing myself to retaliation for sending this email," he added.

After months of investigations, and pressured by the 'Times' investigation, the United States Central Command (CENTCOM) finally admitted to 'The New York Times' that the bombs killed 80 people. According to the entity, the death toll includes 16 combatants and four civilians, but it is unknown who the other 60 deceased are.

Kirby has indicated in a press conference that there were 73 casualties in Baghuz. Specifically, 52 combatants died, 51 of them adult men and one child, while four civilians died, including one woman and three children. Likewise, 15 civilians were injured, eleven women and four children.

1 2022 tax filing date: first deadline next week! For... 2 North Korea reports another six deaths from the first... 3 US Department of Justice requests access to transcripts... 4 The UN expresses its "serious concern" about... 5 Netflix cuts its workforce to cope with slowing growth 6 Togo officially opens land borders after two years... 7 Lights and shadows for Trump's candidates on... 8 HRW warns of war crimes in the kyiv and Chernigov... 9 Australia imposes sanctions against eleven people... 10 The US works with European allies to develop routes... 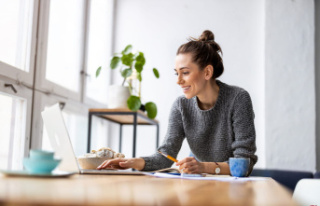