Lights and shadows for Trump's candidates on a decisive primary night

Several US states have held their primaries this Tuesday, in a very weighty electoral night for the legislative elections next fall, in which the Republicans choose to snatch the meager majorities that the Democrats have in the two houses of Congress . 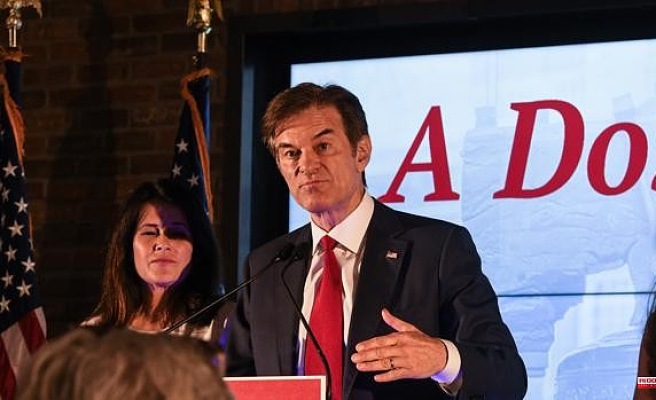 Several US states have held their primaries this Tuesday, in a very weighty electoral night for the legislative elections next fall, in which the Republicans choose to snatch the meager majorities that the Democrats have in the two houses of Congress .

The appointment with the polls was also a new opportunity to measure the weight of Donald Trump in the Republican party. Having the 'endorsement' or support for the candidacy by the former president has been one of the keys to victory in primaries since the rise to power of the New York billionaire. With the expectation of a possible return to the presidential race in 2024, Trump needs to show that he remains the figure he gives and takes away in the party.

This has been achieved on Tuesday in some decisive primaries. For example, in the senator from North Carolina, he fell on the side of Ted Budd. Or in that of governor of Pennsylvania, in which Doug Mastriano prevailed. Both Budd and Mastraino are candidates who have unequivocally embraced Trump's faith: that is, they stole the election he lost to Joe Biden in 2020, something for which there is no evidence.

Mastriano, until now a state legislator, came to lead an initiative to challenge Biden's victory in his state, Pennsylvania, and participated in the January 6 rally in Washington last year that preceded the tragic assault on Capitol Hill in which a mob 'trumpista' tried to prevent the results of the polls from being certified.

In that state, the winner of the Democratic primaries for governor was the current attorney general, Josh Shapiro. Yesterday, the Democrats welcomed the victory of Mastriano, a candidate who could allow Shapiro to gain support among moderate Republicans. Pennsylvania will be a decisive state in the 2024 presidential elections and the fact that there is a governor from one party or another will be decisive in the event that there is a contestation of results.

The most followed election of the night was also held in Pennsylvania, in the primaries for senator of the Republican party. Perhaps that was the main barometer of Trump's power in the party. The former president endorsed Mehmet Oz, a surgeon who became famous on television, and, at the end of the count, the situation was in a dead heat with David McCormick.

The problem for Oz was Kathy Barnette's irruption in the campaign, with a 'trumpist' speech, but without Trump's support, which led him to capture part of the votes that could have gone to his candidacy.

Late in the morning, the equality between Oz and McCormick pointed to the need for an automatic recount, which should be done if, as it seems, the difference between the two is less than 0.5 points.

If Oz loses the primary, it would be a jug of cold water for Trump, who turned to his campaign, accompanied him at a rally and asked that Barnette not be voted on.

It would not be the only bad news for Trump of the night. Madison Cawthorn, a young congressman who was one of the sensations of the 2020 legislative elections, lost the Republican primary for his district despite having the support of the former president. Cawthorn, a vocal and aggressive politician, a follower of the 'trumpist' doctrine, had starred in a battery of scandals in recent months -such as the allusions to the existence of orgies with prostitutes and cocaine at Republican meetings in Washington- that had weakened him much. A good part of the party turned its back on him. Trump decided to maintain his support and suffered a media defeat.

His candidate for governor of Idaho, Janice McGeachin, also fell, who could not beat the current governor, Brad Little. McGeachin was the Republican candidate with the most radical message running tonight and was supported by Trump, but not by Republican voters.

Yes, the victory was achieved, back in North Carolina, by Bo Hines, a 26-year-old former football player who presented himself with the endorsement of the former president.

In the Democratic primaries, the most relevant news was the election of their candidate for the decisive Senate race for Pennsylvania. His winner was John Fetterman, a candidate who will seek to win back working-middle-class support for the Democratic party. Fetterman, who suffered a heart attack last Friday, was unable to celebrate victory on Tuesday. But he will run in the fall election: whether he will face Oz or McCormick remains to be seen.

1 HRW warns of war crimes in the kyiv and Chernigov... 2 Australia imposes sanctions against eleven people... 3 The US works with European allies to develop routes... 4 Price of gasoline and diesel in Spain today, May 18 5 North Korea: Kim Jong Un once again attacks the government,... 6 Food voucher: for whom, when? The outlines of Macron's... 7 Mileage scale 2022: it is upgraded! What gain on my... 8 Quiñones foresees 1,295 homes of 60 square meters... 9 The National Police investigates a gang rape of a... 10 Veganzones warns that "it will review every penny"... 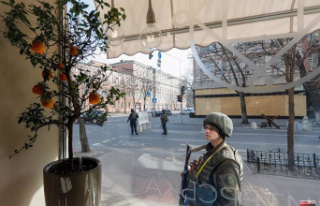 HRW warns of war crimes in the kyiv and Chernigov...