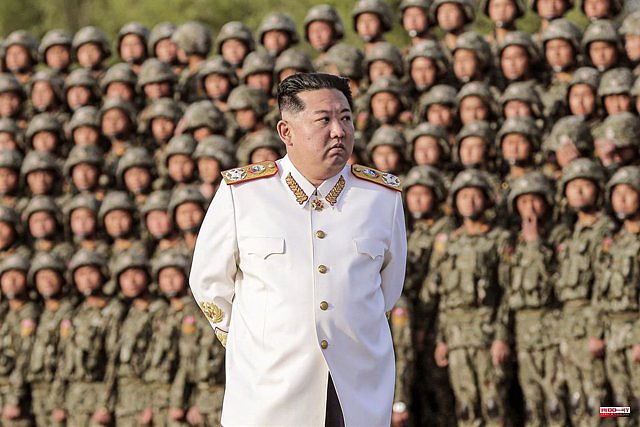 North Korean health authorities have reported this Wednesday that another six people have died and 232,880 have tested positive for COVID-19 in the last 24 hours, after the "maximum alert" for the first outbreak was declared last Saturday. of coronavirus that the country is facing.

Since the start of this outbreak on May 12, Pyongyang has already registered a total of 1,715,950 positives, of which more than a million have recovered and at least 691,170 are under medical treatment, according to the state news agency. North Korean KCNA.

The same media reported on Tuesday that North Korea has mobilized members of its Army to distribute drugs against the coronavirus and has deployed more than 10,000 health workers to carry out an "intensive medical examination of all inhabitants" and locate those infected.

The country's leader, Kim Jong Un, has criticized "the immaturity of the state's capacity to deal with the crisis", revealed since the first trial period "in the prevention of epidemics that it faces for the first time since the construction of the State".

Likewise, it has underlined "the need to concentrate efforts on preventing the spread of the epidemic and healing under the state emergency epidemic prevention situation" and, simultaneously, promoting material and technological preparations to face the " future threats.

At the moment, several countries, such as the United States, South Korea, China or Russia, have offered their help to the country to deal with the outbreak, although the North Korean government has not responded to these offers at the moment.

"We strongly support and encourage the efforts of US and international health and aid organizations to try to prevent and, if necessary, contain the outbreak, the spread of COVID-19 in the country," added Price.

Asked if he thinks North Korea will suspend nuclear testing because of the coronavirus, Price replied that he "has never seen the North Korean regime prioritize the humanitarian concerns of its own people over these destabilizing programs that pose a threat to peace and security in the Indo-Pacific".

On the other hand, Stéphane Dujarric, spokesman for the Secretary General of the United Nations, António Guterres, has reported that "the World Health Organization (WHO) is at the forefront" and has reiterated his commitment to support the North Korean authorities. .

1 US Department of Justice requests access to transcripts... 2 The UN expresses its "serious concern" about... 3 Netflix cuts its workforce to cope with slowing growth 4 Togo officially opens land borders after two years... 5 Lights and shadows for Trump's candidates on... 6 HRW warns of war crimes in the kyiv and Chernigov... 7 Australia imposes sanctions against eleven people... 8 The US works with European allies to develop routes... 9 Price of gasoline and diesel in Spain today, May 18 10 North Korea: Kim Jong Un once again attacks the government,... 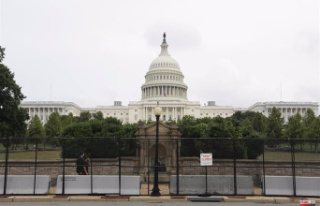