The parties were not informed of the registration of the collective but they knew that this phase was independent of political formations. 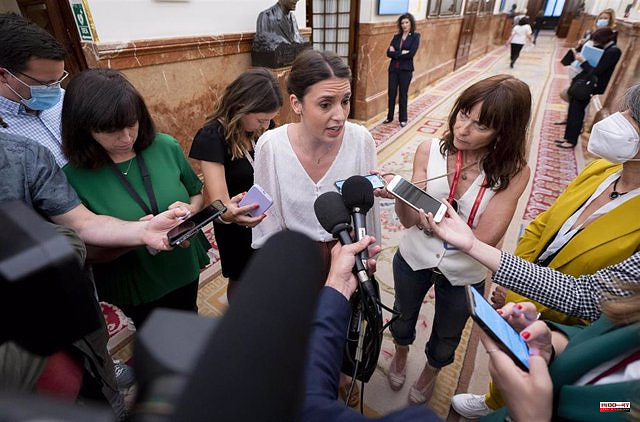 The Minister of Equality, Irene Montero, explained this Thursday that she was not aware of the constitution of the 'Sumar' association to organize the listening process that the second vice president, Yolanda Díaz, will undertake, and that she is the one who must give all the details of her platform when it deems appropriate.

It has also spelled out that Podemos "will always add" to any process of deepening democracy and that, in its case, it will contribute "deeds more than words", through all the legislative projects to increase the rights of women and the LGTBi-Trans collective. .

This has been transferred to the media after participating in a conference organized by the Women for Africa Foundation, questioned about the request for registration of this group in order to help Díaz in his consultation phase with civil society.

On this point, Montero has detailed that he was unaware of the impulse of this association and has referred to the data provided by the also head of Labor.

Regarding the position of the purple formation, Montero has said that as part of Podemos, they will contribute "with all the strength of their organization" to maintain the current Government of progress and that "possibility that democratic transformations continue to take place in this country".

Therefore, he has promised that Podemos will "always add" in any progress process and has highlighted that his main contribution is the feminist laws, which have generated broad consensus.

"The best thing I can do is provide the law of 'only yes is yes, the trans and LGTBi law (...) the work in favor of women's rights, which is what best speaks of what this government is of coalition, that women can live better in the present and in the future", she stressed.

This morning, Díaz herself stressed that she is "excited" about starting her listening process with the help of the 'Sumar' association, a concept with which she feels "comfortable" although she has specified that it is not the definitive name of his future political project.

In fact, he has asked for "caution" because the name of this group, which will serve to organize this phase of consultation with civil society, has not been formally confirmed in the Ministry of the Interior and is awaiting completion of the administrative process.

The constitution has been carried out, according to sources close to the vice president, by people close to Díaz but with an anonymous profile, although some figures stand out among them, such as the university professor and mayor of Compostela Aberta, Marta Lois, a figure who with the philosophy of the project since it is not part of any political party.

They also highlight that the request and name of the collective was known by a reduced number of Díaz's collaborators, but the parties of the confederal space were aware of Díaz's generic plans to articulate this listening process independently of the formations. Of course, they were not informed of the registration request and the chosen name.

And it is that this instrument was the most appropriate from the legal point of view to deploy a consultation phase autonomously, given that from the beginning it has been decided to organize this process independently of the parties.

1 DIRECT. List Deschamps: Kamara called up to the France... 2 Arteche launches the alliance with Hitachi to sell... 3 Price of electricity, tomorrow May 20: the cheapest... 4 London police conclude 'partygate' investigation 5 He brings a Palencia Sonora concert to his residence... 6 Page and 20 journalists from Castilla-La Mancha in... 7 'Nightfall in the silos', an act to help... 8 Two men denounce that the alleged murderer of gays... 9 Alfonso Rueda, "overturned" with the PPdeG... 10 GoRecycle or the battle to recycle refrigeration appliances 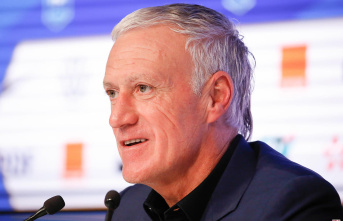 DIRECT. List Deschamps: Kamara called up to the France...