Jérôme Peyrat is no longer the Renaissance (ex-LREM) candidate in the 4th constituency of Dordogne. 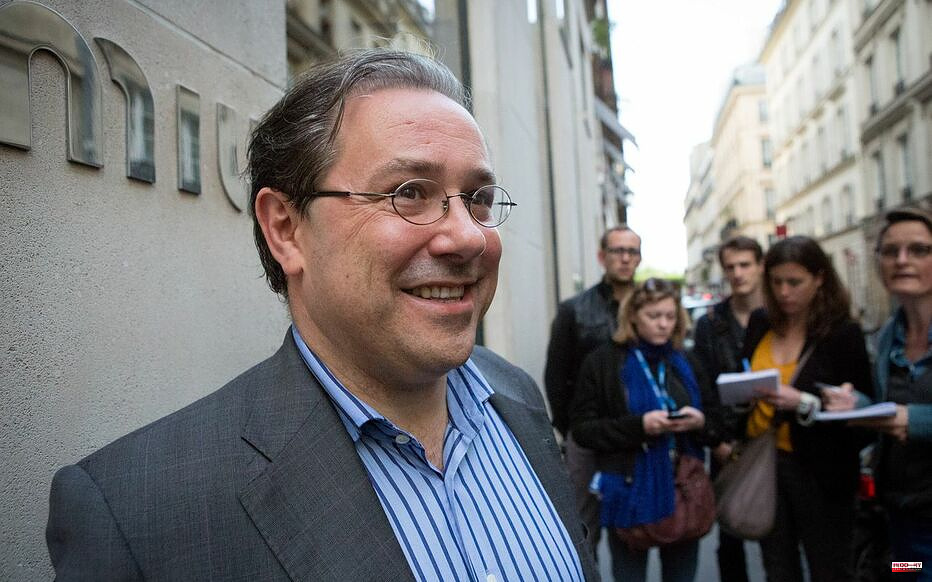 Jérôme Peyrat is no longer the Renaissance (ex-LREM) candidate in the 4th constituency of Dordogne. Stanislas Guerini, the boss of the presidential party "unplugged" him on Wednesday afternoon. The relative of Emmanuel Macron interviewed this Thursday morning by France Bleu Périgord drew the conclusions from this controversy which led to his withdrawal for these legislative elections, after his conviction for domestic violence.

"I took the measure that there was - much more seriously than I could imagine - a clear misunderstanding. My candidacy was equated with that of someone who could not embody these values, ”he explained at the microphone of the local radio. Among the values ​​he evokes, Jérôme Peyrat mentions "the fight against violence against women and in general domestic violence, and the freedom of women's speech in relation to all this".

Read also“Only possible outcome”: the eight hours which led to the withdrawal of candidate Jérôme Peyrat

"It's obviously a fight to which I subscribe", he assures, considering however that "the best service that I could render to my political family in which I am engaged, is to withdraw this candidacy because I do not in no way wanted to weaken that fight." "I took the measure in the afternoon of the volume of reactions that there was on social networks and in particular Twitter, in relation to this candidacy," also admitted Jérôme Peyrat.

While Jacqueline Dubois, the outgoing MP for the riding, appears to many observers to be the right person to recover this nomination, the former candidate wanted to clarify his position. "Contrary to what has been said by her and other commentators who are not knowledgeable enough about the way it is, I am not a member of the nominating committee, I did not influence her not to not have the nomination and that I have it in his place. All of this is fantasy, ”assured the mayor of La Roque-Gageac since 1995.

A "shipwreck" for LFI

This "misunderstanding" also gave rise to a lively controversy around the remarks of the general delegate LREM Stanislas Guerini, made on France Info Wednesday morning. The LREM manager described Jérôme Peyrat as "an honest man". "I don't believe he is capable of violence against women," he said: "If I had the conviction or even the suspicion that we were dealing with someone who could be violent and guilty of violence on women, I would never have accepted that investiture".

Words that made the opposition jump, in particular the LFI Mathilde Panot, who denounced a "shame" and a "shipwreck". "I measure that the comments I made this morning (…) may have offended and hurt", reacted in the afternoon Stanislas Guerini on Twitter. "I want to reaffirm here with force a total commitment of the presidential majority to support the liberation of women's speech".

"To leave no room for ambiguity about our commitments, I spoke with Jérôme Peyrat today, and we agreed together that he withdraw his candidacy," concluded Stanislas Guerini. In the wake of the MeToo movement, accusations of violence against women have arisen in an unprecedented way in the campaign for the June legislative elections, in addition to the withdrawal of Taha Bouhafs from LFI, several candidates are under fire from critics.

1 Irene Montero was unaware of the 'Sumar'... 2 DIRECT. List Deschamps: Kamara called up to the France... 3 Arteche launches the alliance with Hitachi to sell... 4 Price of electricity, tomorrow May 20: the cheapest... 5 London police conclude 'partygate' investigation 6 He brings a Palencia Sonora concert to his residence... 7 Page and 20 journalists from Castilla-La Mancha in... 8 'Nightfall in the silos', an act to help... 9 Two men denounce that the alleged murderer of gays... 10 Alfonso Rueda, "overturned" with the PPdeG... 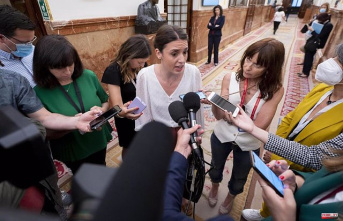 Irene Montero was unaware of the 'Sumar'...