Cities, one step away from the red line of global warming

The world fails in its attempt to stop global warming and Spain punctures even more than most. 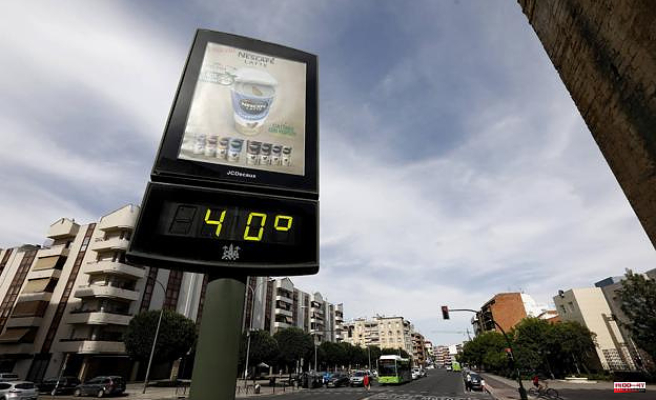 The world fails in its attempt to stop global warming and Spain punctures even more than most. The first claim was made in February by UN scientists. There is little doubt about the second after learning of the alarming conclusions of a study by the Sustainability Observatory, a network of ecologists, geographers, biologists, economists and engineers who monitor the Spanish environment.

The UN technicians' check-up showed that global warming, despite the alleged efforts of governments and companies to minimize it, continues to grow gallopingly, with an average rise of 1.1 degrees in the Earth's temperature since the end of the 19th century. . They warn that only with drastic and urgent measures will it be avoided to cross the red line of 1.5 degrees more than the pre-industrial stage, an increase that opens the door to multiply natural disasters, increasingly frequent and devastating. His calculations warn that if the escalation is not stopped, by 2030 the last window of opportunity that remains for the Earth may close and mark the point of no return for climate change.

Spanish experts, for their part, have compared the evolution of the temperature of cities in the last 120 years. They have achieved this with the help of estimates from Copernicus, the EU's environmental satellite system.

Their first conclusion is that if they compare the average annual temperature between 1900 to 1918 with that of the first two decades of the 21st century, there is an increase of 1.31 degrees in the set of 59 large Spanish cities. The places where 40% of the population lives have suffered a warming two tenths higher than the already alarming world average and are one step away from crossing the risk line of 1.5 degrees.

Although they make it clear that the abnormal rise in temperature (climate change) affects all of Spain, rural and urban, it is in the cities where the warming is greater and faster. 25% faster than in towns. Of the 1.31 degrees of rise in 120 years, at least half have risen in the last two decades.

The general situation is worrying, but the alarms go off when looking at certain cities, especially in the south and center of the peninsula. In 2018, up to 17 Spanish cities had an annual temperature higher than that of the beginning of the 20th century by more than 1.5 degrees. Among them, metropolises such as Madrid, Barcelona, ​​Seville or Zaragoza.

But, what is even worse, the risk group is headed by cities such as Córdoba or Linares in Jaén, about to exceed two degrees of increase (1.99 and 1.98, respectively), the bar that the planet has promised not to exceed in any case, more than five years ago, in the Paris Agreement. Doing so would be the trigger for the flooding of coastal strips, a multiplier of super fires, droughts, torrential rains and epidemics and an accelerator of the loss of native species and biodiversity. These two localities are not the only ones close to beating the two additional degrees. Cuenca and Ciudad Real have ascents of 1.88 degrees and Granada of 1.8.

The mildest Spanish warming, similar to the world average of 1.1 degrees, and in some cases less, is concentrated in cities in Galicia, the north of the peninsula and the Levantine area. However, to the alarming average of global warming in Spain we must add the 'heat island' effect, which in metropolises such as Madrid causes variations of up to eight degrees between the central almond and the periphery, due to the empire of cement and to the heat given off by concrete and asphalt at night.

Fernando Prieto, coordinator of the Sustainability Observatory, says that "the evidence indicates that temperatures and the effects of climate change are increasing throughout Spain and the necessary adaptation measures are not being taken." In addition to cutting CO2 emissions by 45% by 2030, a non-negotiable demand from the UN, the report calls for more green and aquatic areas in cities. "The State, the autonomies and the municipalities are not doing enough to protect their citizens," summarizes Prieto.

1 Swissport will bid to acquire 25% of Aena's handling 2 North Korea: eight new deaths, lack of medicine in... 3 Church shooting leaves 'multiple victims' 4 At least one dead in a shooting at a California church 5 Jaume Guardiola will leave Barça's economic... 6 Kensington, go for luxury 7 Fear of rates and inflation drives home sales 8 money and design 9 Ten years since the rescue of savings banks 10 The Korean company Iljin will manufacture a key component... 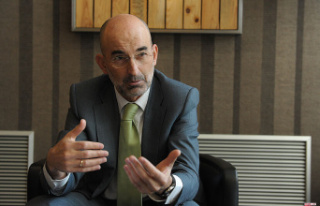 Swissport will bid to acquire 25% of Aena's handling