Alberto Núñez Feijóo has chaired this Thursday in Genoa the Steering Committee of the PP, one day after participating in the first pre-campaign act with Juanma Moreno in Andalusia. 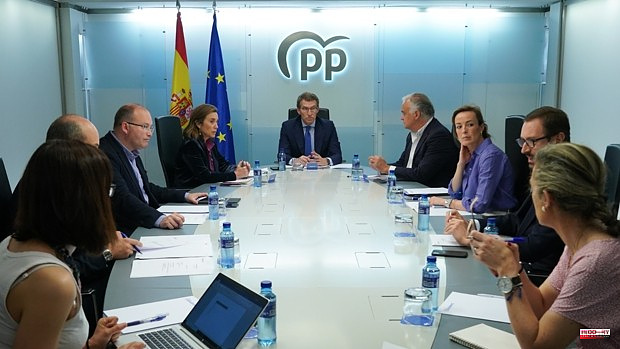 Alberto Núñez Feijóo has chaired this Thursday in Genoa the Steering Committee of the PP, one day after participating in the first pre-campaign act with Juanma Moreno in Andalusia. After the meeting, the general secretary, Cuca Gamarra, criticized Pedro Sánchez for disrespecting the national police officers displaced to Catalonia before the illegal 1-O referendum, whom yesterday in the control session of Congress he called « piolines”, after the name of the ship in which they were forced to stay due to the hostility they encountered and the difficulties of spending the night in other places.

According to Gamarra, Sánchez's words show that there is a Prime Minister who does not leave any State institution that he does not disrespect.

The number two of the PP has recalled that these national police defended the Constitution, legality, the State of Law and deserve "respect from all Spaniards and the President of the Government."

«The Prime Minister yesterday disrespected them and has not rectified. We have not heard a single apology or forgiveness from all those policemen », he has pointed out. That is why he has urged Sánchez to apologize to the national police for having disqualified them.

If Sánchez does not rectify or apologize, the PP will present, through its parliamentary group, a series of parliamentary initiatives to restore the honor of the police officers and so that they are not disrespected.

In the Steering Committee, the popular have congratulated Esteban González Pons, who will be proposed by Manfred Weber as vice president of the European People's Party, as revealed today in an interview on ABC. The candidacy will be formally presented at the EPP congress to be held in Rotterdam on May 31 and June 1.

In the press conference after the Management Committee, and to questions from the journalists, the general secretary of the PP has welcomed Don Juan Carlos to Spain, "which is his country", and has wished him a good stay in which it's your house.

Given the opinions and criticisms that have been heard from within the Sánchez Government itself about the advisability of Don Juan Carlos returning to Spain, Gamarra has been very clear in stressing that the Executive "has nothing to say about whether a Spaniard can come or not to your country". "The only thing missing was that a Spaniard cannot come to his country when he considers it appropriate."

1 The PP appears as a popular accusation in the case... 2 Fernando Andújar will be the president of the Chamber... 3 Farm ravaged by flames: more than sixty cows perished... 4 Roland-Garros draw: time, streaming... How to follow... 5 Europe recommends smallpox vaccination for contacts... 6 Education will carry out a pilot project to develop... 7 UK believes Putin has relegated top brass for military... 8 This is Zadira, the new secret weapon with which Russia... 9 Taika Waititi: "I had the responsibility to do... 10 Cameron Boyce: biography of a young actor gone too... 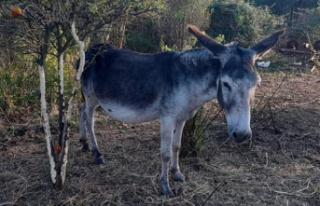 The PP appears as a popular accusation in the case...