The spokeswoman for the Environment of the Popular Group in the Valencian Courts, Elisa Díaz, announced in plenary the appearance of the PPCV in the case of the alleged crimes of animal abuse due to the death of a dozen donkeys, which were under the Administration of the Generalitat in the Desert de les Palmes. 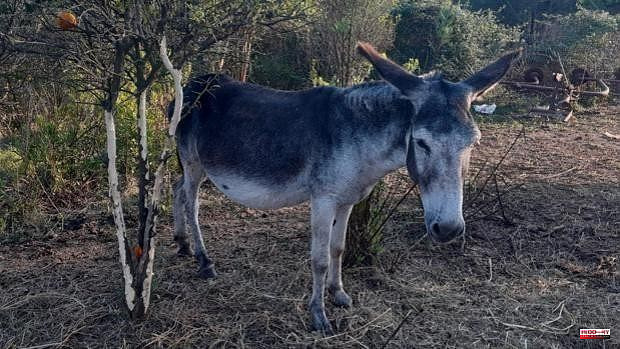 The spokeswoman for the Environment of the Popular Group in the Valencian Courts, Elisa Díaz, announced in plenary the appearance of the PPCV in the case of the alleged crimes of animal abuse due to the death of a dozen donkeys, which were under the Administration of the Generalitat in the Desert de les Palmes.

Elisa Díaz asked the Minister of Agriculture, Mireia Mollá, about the reasons why at least a dozen donkeys died and what caused the skeletal state of so many others in the Desert de les Palmes Natural Park.

The popular deputy announced during her speech that she has appeared as part of the popular action "against the natural and legal persons now under investigation and against those who may be investigated in the future for the death of at least ten donkeys."

«Everyone looked the other way applying their maxim: continue with the project and oh, total, nobody is going to check it. But we have not only verified the continuous breaches. The death of the donkeys in the Desert de les Palmes cannot go unpunished, and from the PP we are going to be interested until the end. For this reason, we have appeared in the open case for animal abuse », he added.

The popular deputy has indicated that «in this matter nothing fits and the Ministry is in chaos. Only one body has been found and it seems that nobody knows where the others have gone, because nobody has controlled anything in a project with donkeys that were under the protection of the Consell ».

Elisa Díaz has pointed out that "the minister's explanations so far have been insufficient, that is why we demand political responsibilities and that justice act until the end." «The case is full of contradictions, flagrant breaches of the regulations, lack of coordination, ineffectiveness, neglect in a project of the Ministry and lack of control. We want transparency, clarity, and that these alleged crimes committed of animal abuse against fauna and flora in a protected natural area be investigated to the end," she added.

Finally, the popular spokesperson has made reference in her speech to the dismissal of half of the Red Natura 2000 brigades, «to top it off, in their lack of desire to protect our flora and fauna. These are their green policies dyed in black mourning. Its living room ecology policies that end with the death of several specimens of a protected species. Your responsibility, your project, your breach.

Regarding this case, the Provincial Prosecutor's Office of Castellón pointed to a possible crime of animal abuse in the death of ten donkeys as a result of an experiment against fires by the Ministry of Agriculture in the Desert of Las Palmas de Castellón, which later caused the resignation of a high position of the Generalitat.

The decree signed by the chief prosecutor María Díaz Berbel, to which ABC had access, specifies that "the facts reported could be, in his case, constitutive of the crime of animal abuse of article 337 of the penal code."

1 Fernando Andújar will be the president of the Chamber... 2 Farm ravaged by flames: more than sixty cows perished... 3 Roland-Garros draw: time, streaming... How to follow... 4 Europe recommends smallpox vaccination for contacts... 5 Education will carry out a pilot project to develop... 6 UK believes Putin has relegated top brass for military... 7 This is Zadira, the new secret weapon with which Russia... 8 Taika Waititi: "I had the responsibility to do... 9 Cameron Boyce: biography of a young actor gone too... 10 Cheap cinema: 20 tips to get discounts 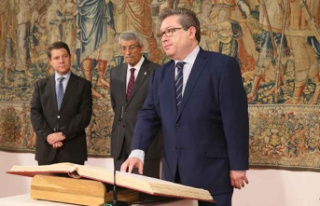 Fernando Andújar will be the president of the Chamber...