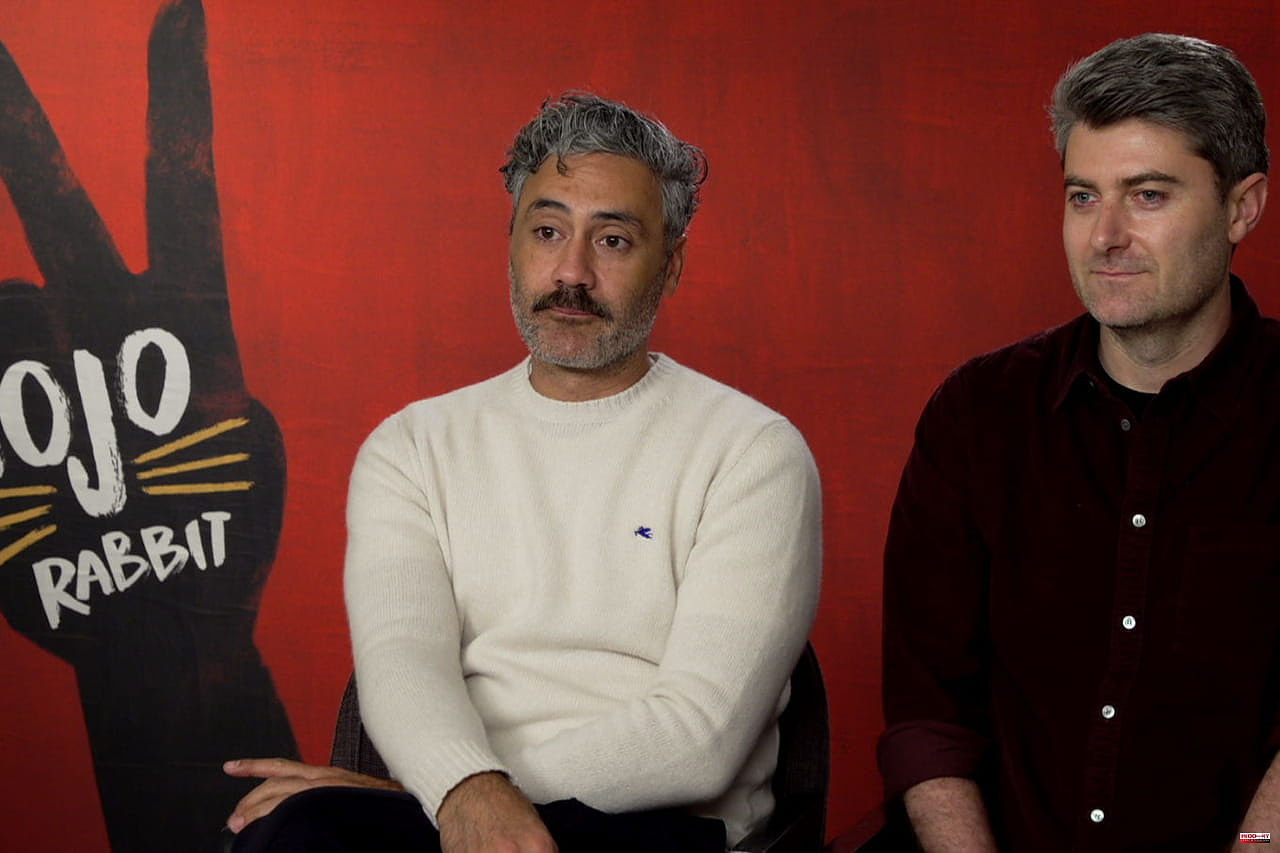 JOJO RABBIT - Taika Waititi and Carthew Neal set themselves an ambitious challenge with Jojo Rabbit, in theaters January 29, 2020. The director and producer answered our questions.

Taika Waititi (Thor 3) has embarked on a project as crazy as it is ambitious: to reflect through the prism of comedy on the workings of indoctrination. This gives Jojo Rabbit, an absurd and tender fable set in Nazi Germany during the Second World War. In his latest film, in theaters this Wednesday, January 29, 2020, viewers follow a ten-year-old German boy whose imaginary friend is Adolf Hitler. But his vision of the world will be completely turned upside down when he discovers that his mother is hiding a young Jewish girl in their attic. During their visit to Paris in January, Taika Waititi and Carthew Neal, respectively director and producer of Jojo Rabbit, agreed to answer our questions about the power of humor, as well as the importance of continuing to tell the events of World War II.

Taika Waititi, director, screenwriter and actor of Jojo Rabbit: I wanted to make a bigger film than the ones I had done before. On Jojo Rabbit, I felt like there was something to be said about children and how they view the world, especially in times of war. This is something I had never considered: adult behavior is watched, scrutinized and judged by children. And in many cases unfortunately it also influences the adult they become as they grow up. I had the responsibility to make this film.

Carthew Neal, Producer of Jojo Rabbit: Taika [Waititi, ndlr]'s script was wonderful: I've worked with him before and these works all have this humor and this "heart". I think all of his movies led up to Jojo Rabbit. It's one of the most important topics that Taika [Waititi, editor's note] has addressed, and I think it was the right time to do it. The world is changing, we see more and more hatred in the world, it became more and more relevant to make this film, unfortunately.

Carthew Neal: All films are hard to edit. And this subject was sensitive. Moreover, Taika playing an imaginary version of Adolf Hitler, he remained very cautious during the filming. He wasn't walking the streets, he didn't want to grow a mustache and wear it every day. He only put her in front of the camera.

Carthew Neal: So obviously throughout the process we tested the film over and over again to make sure the tone was right and the message was clear.

Taika Waititi: Some people think enough WWII movies have been made...but last year the Guardian came out with a study that showed 41% of Americans and 66% of young Americans don't know what what is Auschwitz, and have not heard of the camps. So there are young people who are born, grow up and will lead the world without having any idea what the Holocaust is. It worries me a lot... In France I think the figures are 12% and it happened near you, however. If these numbers are correct, it is important to continue to tell these stories, to educate and teach this story, for ourselves and for our children. It's important to us that Jojo Rabbit can be seen by young people. The exchange around the events of the Second World War must continue, we must ensure that everyone remains aware of what happened.

Taika Waititi: (hesitates) It wasn't really hard to do the accent...and it wasn't hard to make a clown character out of it. What was complicated for me was above all the clothes, which were very uncomfortable. The boots came all the way there [he shows his knees, editor's note]: I had people who had to help me put them on and take them off! I wonder if Hitler needed help too…Carthew Neal: I'm sure he did!Taika Waititi: I think so…But most of all, when you look like Hitler, you don't feel comfortable…I was incredibly embarrassed in this costume.

Taika Waititi: We have to keep making fun of the Nazis, it takes away their power. We all know they were brutal, calculating, terrible people, a lot of people know what they did but… 80 years later, it's important to find different ways to tell these events. If we were just doing drama, I think people would switch off and stop listening. We tried to approach this history that we know in a new and unique way. And I think comedy gives it more strength. Humor is a major tool to fight tyrants, fascists and dictatorships, that's why we chose comedy.

1 Cameron Boyce: biography of a young actor gone too... 2 Cheap cinema: 20 tips to get discounts 3 How to find leather in V Rising? 4 Pornographic sites: the request to block nine sites... 5 Russia prepared for the food crisis before the offensive... 6 S 7 Eurovision: where and when will the next edition take... 8 Miss France: when will the 2023 election take place? 9 The split of Rioja wines, one step closer 10 Polígono and Distrito Norte present their neighborhood... 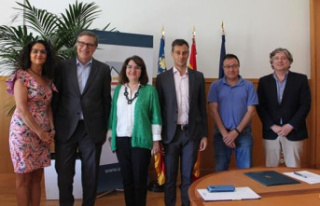 Cameron Boyce: biography of a young actor gone too...