Escorted by chestnut, walnut, ash and birch trees, flocks of chickens move freely through a green carpet of grasses and flowers. 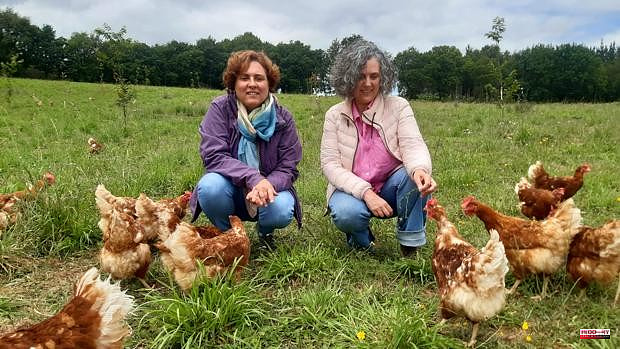 Escorted by chestnut, walnut, ash and birch trees, flocks of chickens move freely through a green carpet of grasses and flowers. They flutter around, peck at the pebbles and insects they find in their path, they take sand baths to remove parasites from the feathers... it is the daily ritual from sunrise to sunset for the layers of Pazo de Vilane, a company based in the municipality of Antas de Ulla (Lugo) which in 1996 revolutionized the industry with its free-range eggs from animals raised in freedom. "In Spain everything was cage production," recalls Nuria Varela-Portas, co-founder and manager.

At the age of 25, after passing through Madrid and London, this graduate in Economics and Business Sciences left the British capital to rediscover her roots and rehabilitate the estate that had belonged to the family since the 18th century, for 12 generations. , giving it a new life.

"I didn't want to stay in the big city, but to set up something here," she explains without losing sight of the birds that surround her. Fed with a mixture of cereals, legumes and seeds, each one of them is guaranteed 4 m2 of outdoor park. "The Galician climate is very good for them because they enjoy fresh pastures all year round," says Piedad Valera-Portas, Nuria's sister, who since 2012 has been responsible for marketing and communication, while her brother is on the board.

The proximity of the entrepreneurs to the rural environment was the germ of the project. “We were able to identify people's appreciation for house eggs. The problem is that they were only in the market when the villagers had leftovers, so we thought it would be a good idea to produce them all year round and bring them to the shops. There was a latent demand and it was necessary to satisfy it, "says the manager. They started with 50 hens and Nuria herself took the eggs in a van to local businesses. In 1997 they received their first order from El Corte Inglés de La Coruña, where they stood out on the shelves not only for their extensive poultry model but also for their recyclable and reusable cardboard box, the work of the Galician designer Pepe Barro, which broke with the traditional aesthetics of the containers.

That modest company that sold door to door has become known throughout Spain, is present in the main distribution chains in the country and has 200,000 hens spread over 13 farms, seven of its own and the rest integrated, that is, owned by collaborators to whom Pazo de Vilane provides hens, food, technical-veterinary assistance, etc. so that they assume their protocols and the eggs are marketed under their brand.

The business employs 39 people and had a turnover of more than eight million euros in 2021. This year, marked by the war in Ukraine, is noticing the rise in the price of feed. "It's tremendous. It has gone from 250 euros per tonne to 410”, specifies Nuria Varela-Porta. The goal is to close the year with four million dozen eggs sold. To date they only operate in Spain, although in the short term they will study the feasibility of landing in Portugal.

Despite the fact that consumer concern for animal welfare has motivated a growing number of companies to join extensive farming, there is still a long way to go: of the 47.1 million laying hens in Spain, only 8% are free-range (the majority, 78%, are housed in cages), according to the latest data from the Spanish Association of Egg Producers, belonging to 2020.

1 Organic food deepens its roots in the midst of a harvest... 2 Pedro Sánchez promotes the tax on energy companies... 3 Oppositions to the National Police: suspended with... 4 These are the cheapest hours of electricity this Sunday,... 5 The Kremlin's dark poison factory 6 The aristocrat who hated women: without inheritance,... 7 Enric Lacalle, Grífols Deu and Grífols Roura, awarded... 8 A massive brawl in Aluche leaves five young people... 9 Two civil guards injured when their patrol car collided... 10 Biden and G7 leaders to ban gold imports from Russia... 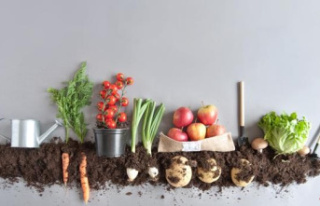 Organic food deepens its roots in the midst of a harvest...